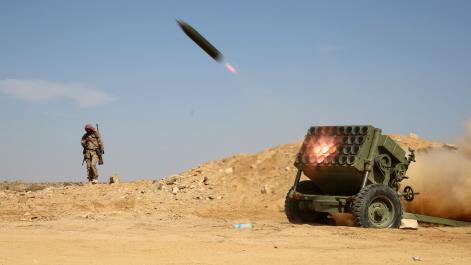 US President Barack Obama said there was an “urgent need for all parties to adhere to the ceasefire” after both sides repeatedly violated a truce aimed at helping parallel UN-sponsored peace talks that opened in Switzerland on Tuesday.

A member of the government team said discussions with Shia Houthis should resume on Saturday despite the rebels failure to show for a morning meeting on Friday.

On Thursday, troops captured the border town of Haradh, in the Red Sea province of Hajjah, after crossing over from Saudi Arabia, where they were trained and equipped, military sources said.

About 1,000 soldiers are involved in the operation in Haradh, an official said, adding that “intensive fighting took place” in the town, which has a population of around 25,000.

Dozens of renegade troops loyal to ousted president Ali Abdullah Saleh and allied with the Iran-backed Houthis have been killed, he said.

The advancing force has reached just a few kilometres from the Red Sea port of Midi, military sources said.

Also on Friday, loyalists captured an area of Sanaa province, sources in the pro-government Popular Resistance militia and witnesses said, their first advance there.

The coalition, meanwhile, said Saudi air defences had intercepted a ballistic missile fired from Yemen and that a second missile struck a desert area east of the Saudi city of Najran.

Saudi Arabia’s border guard repeated a warning that residents should stay away from the frontier because of the missile fire, saying in SMS messages to citizens that violators could be jailed and fined.

But contrary to the coalition claim of shooting one down over Marib, Brigadier General Sharaf Luqman said a Tochka missile hit a base for “mercenaries” there.

He said another missile, a Qahir-1, targeted an assembly point for “aggression forces” in Najran, adding that the missiles were launched in retaliation for coalition truce violations.

Clashes have been common along the border with Saudi Arabia, where rebel strikes have killed more than 80 people since March, when the coalition campaign in support of the government began.

In 2014, the Houthis advanced from their northern strongholds before occupying Sanaa in September of that year and forcing Hadi into exile in Saudi Arabia months later.

In mid-November of this year, Hadi returned to Yemen’s second city Aden, which he declared the provisional capital.

Under cover of coalition warplanes and backed by Arab soldiers and heavy weaponry, pro-government fighters have recaptured Aden and four southern provinces since July.

But the rebels still hold the capital, and attempts by loyalists to retake the strategic province of Taiz have so far failed.

In Switzerland, the two sides agreed Thursday on a deal to immediately resume humanitarian aid to Taiz city, the United Nations said.

UN envoy Ismail Ould Cheikh Ahmed welcomed the agreement as “a major step forward that will ensure immediate action to alleviate the human suffering of the Yemeni people”.

“A large UN convoy, carrying essential humanitarian supplies, reached the most affected districts of the Taiz city and will start distributing assistance to those in need in the coming days,” he said.

But a local relief group, the Humanitarian Relief Coalition, said no UN aid had reached the city, accusing rebels of blocking aid delivery to areas where Hadi loyalists are holed up.

The UN said issues on the agenda at the talks in Switzerland over the coming days would include developing a plan for a sustainable ceasefire and further prisoner releases.

On Thursday, pro-government forces and rebels completed an exchange of hundreds of prisoners in the southern province of Lahj.

More than 5,800 people have been killed – about half of them civilians – and more than 27,000 wounded since March, according to the UN.