Zika virus is on the spread, warns WHO

Director general convenes emergency committee, saying ‘level of alarm is extremely high’ as virus has now been detected in 23 countries 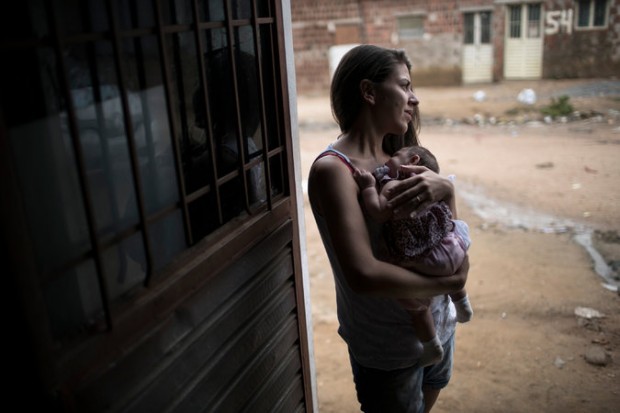 The World Health Organisation has convened an emergency committee to discuss the “explosive” spread of the Zika virus, which has been linked to thousands of birth defects in Latin America.

“Last year the disease was detected in the Americas, where it is spreading explosively,” Margaret Chan, the WHO director general, said at a special briefing in Geneva. It was “deeply concerning” that the virus had now been detected in 23 countries in the Americas, she added.

One WHO scientist estimated there could be 3-4m Zika infections in the Americas over the next year.

The spread of the virus has prompted governments across the world to advise pregnant women against going to the areas where it has been detected. There is no vaccine or cure for Zika, which has been linked to microcephaly, a serious condition that can cause lifelong developmental problems.

Chan said: “The level of alarm is extremely high. Arrival of the virus in some cases has been associated with a steep increase in the birth of babies with abnormally small heads.”

She added: “A causal relationship between Zika virus and birth malformations and neurological syndromes has not yet been established – this is an important point – but it is strongly suspected.

“The possible links have rapidly changed the risk profile of Zika from a mild threat to one of alarming proportions. The increased incidence of microcephaly is particularly alarming as it places a heartbreaking burden on families and communities.”

Chan outlined four reasons for alarm: “First, the possible association of infection with birth malformations and neurological syndromes. Second, the potential for further international spread given the wide geographical distribution of the mosquito vector. Third, the lack of population immunity in newly affected areas. Fourth, the absence of vaccines.”

This year’s El Niño weather patterns meant mosquito populations were expected to spread, Chan added. “For all these reasons, I have decided to convene an emergency committee under the international health regulations,” she said.

The committee will meet on Monday and will advise on the international responses and specific measures in affected countries and elsewhere.

Brazilian authorities estimate the country could have up to 1m Zika infections by now, and since September, the country has registered nearly 4,000 cases of babies with microcephaly.

The Zika outbreak and spike in microcephaly cases have been concentrated in the poor and underdeveloped north-east. But the south-east, where São Paulo and Rio de Janeiro are located, is the nation’s second hardest-hit region. Rio de Janeiro is of particular concern, since it will host the Olympic games this summer.

The president of the International Olympic Committee, Thomas Bach, said the IOC was in “close contact” with Brazilian authorities and the WHO, and that all national Olympic bodies would be advised on how to deal with the virus before the Games started.

The Brazilian president, Dilma Rousseff, has pledged to wage war against the Aedes aegypti mosquito that spreads the virus, focusing on getting rid of the insect’s breeding grounds.

The US Centers for Disease Control and Prevention said there had been 31 cases of Zika infection among US citizens who travelled to areas affected by the virus, but so far there had been no cases of transmission of the virus through mosquitoes in the US itself. The White House said its experts were most concerned about its potential impact on women who are pregnant or could become pregnant.

US officials said the country had two potential candidates for a vaccine, and might begin clinical trials in people by the end of this year. But experts in disease control have warned they do not expect to have a vaccine available in 2016.

Dr Anthony Fauci, director of the National Institute of Allergy and Infectious Diseases, said on Thursday that previous research into dengue fever, the West Nile virus and the chikungunya virus would give scientists an “existing vaccine platform” which could be used as “a jumping-off point” for finding a cure to the Zika virus.

“It is important to note that we will not have a widely available safe and effective Zika vaccine this year and probably not in the next few years,” Fauci said, before adding that scientists might be able to begin “a phased clinical trial in this calendar year”.

Speaking to the BBC’s World Service, Gostin, a member of a commission that criticised the WHO for its response to Ebola, said: “With the Rio Olympics on our doorstep I can certainly see this having a pandemic potential.”

He said every review of the WHO’s response to Ebola found that it was “too little, too late”.

Interviewed minutes before Chan’s announcement, he said: “I’m disappointed that the WHO has not been acting proactively. They have not issued any advice about travel, about surveillance, about mosquito control.

“The very first thing I would propose is a global mosquito eradication effort, particularly in areas with ongoing Zika transmission. We really need to declare war on this species of mosquito.” 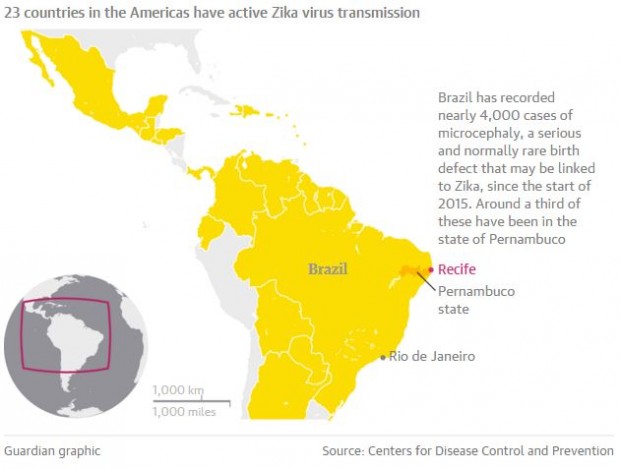 The WHO’s leadership admitted last April to serious missteps in its handling of the Ebola crisis, which was focused mostly on three west African countries and killed more than 10,000 people.

Some critics have said the WHO’s slow response played a major role in allowing the epidemic to balloon.

Zika is related to yellow fever and dengue. An estimated 80% of people that have it have no symptoms, making it difficult for pregnant women to know whether they have been infected.

Anne Schuchat, principal deputy director of the Centers for Disease Control and Prevention, said: “We really do expect there to be a lot more travel-associated cases. For the average American who is not travelling this is not something they need to worry about. For people who are pregnant and considering travel to the affected areas, please take this seriously.”

She said living conditions in the US, including lower human density in urban areas and access to air conditioning, meant people were at less of a risk of contracting the virus than those living in South and Central American cities.

“We believe this is a time-limited infection in women, men and children,” said Schuchat. “People have symptoms for up to about a week, not months and years of chronic viral infection. We know four out of five people with this infection have no symptoms.”

Asked when the babies of pregnant mothers could become infected with the virus, Schuchat said the foetus was most at risk of contracting microcephaly through Zika in the first trimester of the pregnancy. Scientists did not yet have “sufficient knowledge to know what effects in the second and third trimester”, she cautioned.

There has been one reported case of the Zika virus through “possible sexual transmission”, while a second case was found in a man’s semen. However, Schuchat highlighted that scientific research clearly showed Zika was “primarily transmitted through the bite of an infected mosquito”.

For: Zika virus is on the spread, warns WHO