Cash payments represented only 48% of transactions this year 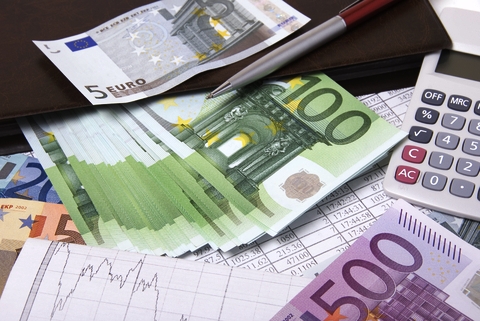 “2015 was the year cashless payments overtook the use of notes and coins for the first time.”

What was the most memorable economic event of 2015? Inflation dropping below zero? The return of the Greek crisis? The tax credits fiasco?

All very interesting, but in years to come perhaps we’ll be talking about the past year for another turning point. According to the Payments Council, 2015 was the year cashless payments overtook the use of notes and coins for the first time. Cash accounted for only 48% of all transactions, as we used our credit cards, contactless cards and electronic transfers for the majority of our spending.

It was also the year Apple Pay and Samsung Pay and other electronic payment methods arrived on the high streets.

All of which begs a question: why don’t we just get rid of cash entirely?

The idea isn’t as preposterous as it might at first sound. Cash is a useful medium of exchange, but we can do essentially everything it does electronically these days. Cash is inconvenient, unhygienic and has a number of big drawbacks. The first is that much of the cash out there is circulating in the black and grey market. Cash transactions allow plumbers, cleaners, builders, taxi drivers and so on to avoid paying tax, which in turn means more taxes need to be paid by the rest of us. Because cash is untraceable it is highly popular among criminals.

On top of this, central banks make a profit from printing money – something called seigniorage. This represents a kind of economic tax on cash which feels extremely archaic.

Finally, there is a macroeconomic issue, something originally pointed out by the great economist John Maynard Keynes. When people get worried about the state of the economy and the financial system they are apt to hoard cash. They may even put it in their mattresses if they are deeply worried about the banking system. This is especially the case when interest rates are close to zero. And if a central bank were to try to cut rates below zero, there is little to stop everyone taking money out of the banks (where they would be charged a fee on keeping it) and keeping it at home. In other words, a central bank policy designed to encourage people to spend would actually encourage them to hoard it.

If cash were abolished then this would no longer be such a problem. People would have no option but to leave their money in the bank, or in their investments.

Admittedly, there are big drawbacks – especially around civil liberties and privacy. Cash is anonymous. Electronic transfers are not – though programmers are working on creating anonymous electronic money. Not everyone has access to a bank account, and so abolishing cash would run the risk of excluding people from the economy.

One could also presume that those who wanted to transact without paying tax would simply use other means of exchange: cigarettes, precious metal, other currencies. Then again, the enterprise would become more difficult.

And – though no-one expects it to happen any time soon – it is worth contemplating what benefits might be brought about by a world without cash.

For: Cash payments represented only 48% of transactions this year