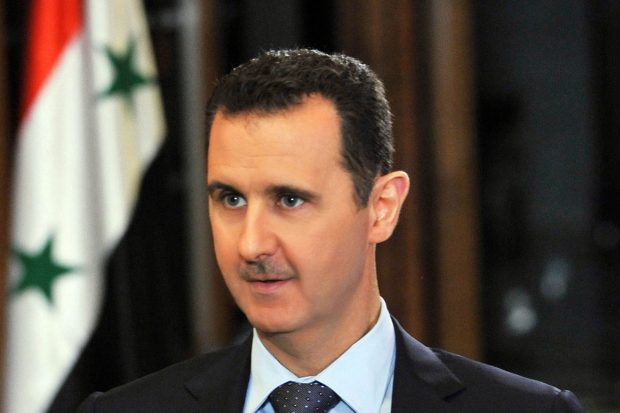 Syrian President Bashar al-Assad has said Russia has never talked to him about leaving power.

“They never said a single word regarding this,” Mr Assad told NBC News, referring to conversations with President Vladimir Putin and officials.

He said “only the Syrian people” would decide “when to come and when to go”.

The US, which accuses Syria’s leader of responsibility for atrocities, says he must go as part of a political transition to end the conflict there.

Russia has given the Syrian government strong diplomatic and military backing in its fight against rebels, but Mr Putin has said only a political solution can resolve the conflict.

Mr Assad’s comments came as US Secretary of State John Kerry prepared to fly to Moscow for fresh talks about Syria.

The Syrian leader said he was not concerned about the possibility of Washington and Moscow agreeing a deal that would involve him stepping down.

“Because their politics, I mean, the Russian politics, is not based on making deals. It’s based on values,” Mr Assad said.
US ‘not serious’

He said it “won’t take more than a few months” until he regained full control of Syria.

He said “terrorism” in Syria had been pushed back “only when the Russians intervened” while the US was “not serious” about tackling so-called Islamic State.

“We wanted to defeat those terrorists, while the United States wanted to manage those groups in order to topple the government in Syria,” he said.

For: Bashar Al-Assad: Russia never talked about me leaving power