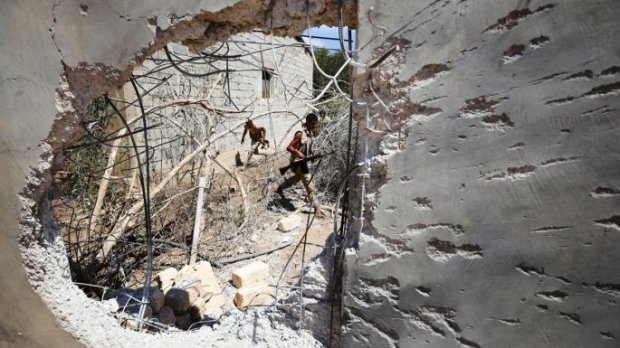 The British newspaper added that according to a Libyan fighter who claimed to have witnessed the attack, a small team of elite British soldiers used the precision weapon to fire a barrage of “air-burst” grenades above a suspected ISIS position in the city of Sirte.

It also indicated that the barrage, fired from a sniper’s nest on the rooftop of a building, provoked the insurgents into revealing their exact position. When they returned fire with machine guns, a firefight began.

This comes as the US warplanes are also firing bombs from above to target ISIS snipers in the city center where they are covering themselves in certain unseen hideouts.

On Saturday, the spokesman of the military operation led by Misurata forces and appointed by the Presidential Council, Al-Bunyan Al-Marsous, Muhammad Al-Ghasri, said US warplanes targeted some positions of the snipers in the Guest Palaces in Sirte, hitting 14 machine guns that were positioned rooftop the buildings.