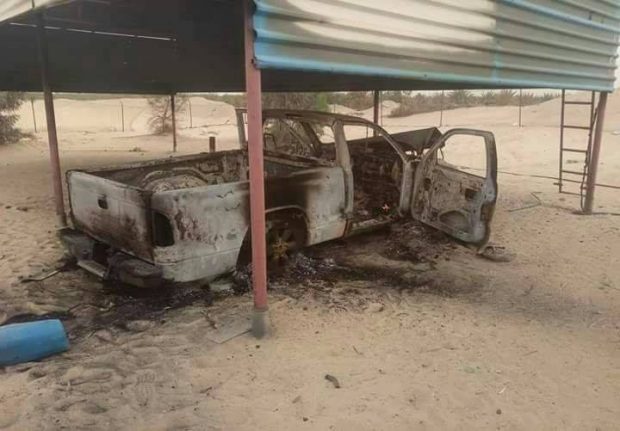 At least two personnel loyal to commander Khalifa Haftar, who is backed by Libya’s Tobruk-based parliament, were killed Tuesday in a car bomb attack in eastern Libya.

The car bomb blew up near checkpoint 60km outside the town of Ajdabiya, where forces loyal to Haftar are deployed.

According to local media, the attack killed two fighters from Haftar-led 152 Battalion.

No group has yet claimed responsibility for Tuesday’s attack.

In March, the same checkpoint was attacked by an ISIS suicide bomber who managed to kill three soldiers loyal to Haftar.

7 Jul 2019
Sign up for our newsletter
Sign up here and get more of Libyan Express delivered weekly straight to your inbox.
You can unsubscribe at any time
Poll
Weather
21° 11°