Deadly attack at Germany shopping mall, six have died, shooters on the run 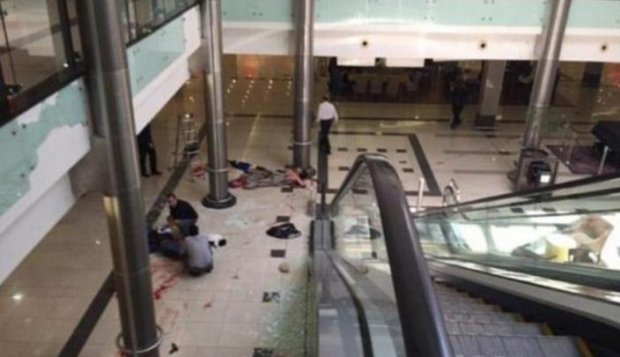 Gunmen attacked a busy shopping mall in the German city of Munich on Friday evening, spraying bullets as people fled in horror for safety from what police said was a terrorist attack.

Police said six people had been killed and the attackers were still at large. They told the public to get off the streets as the city – Germany’s third biggest – went into lockdown, with transport halted and highways sealed off.

As special forces rushed to the scene, some people remained holed up in the Olympia shopping center.

“Many shots were fired, I can’t say how many but it’s been a lot,” said a shop worker hiding in a store room inside the mall. The woman, who asked not to be identified, said she had seen a shooting victim on the floor who appeared to be dead or dying.

A worker at a different shop, Harun Balta, said: “We are still stuck inside the mall without any information, we’re waiting for the police to rescue us.”

It was the third major act of violence against civilians in Western Europe in eight days. Previous attacks in France and Germany were claimed by the Islamic State militant group.

Munich police spokeswoman said six people were killed and an undetermined number wounded. No suspects had been arrested yet, she said.

For: Deadly attack at Germany shopping mall, six have died, shooters on the run