Since decades world has faced many challenges. Today world is introduced again with the word of New Normal. This term is appeared following unprecedented even that may be caused by unnatural disasters. Surely, this event gives impact to human life and its environment.  Let say war or conflict, pandemic of dangerous virus (SARS and COVID 19) make human interaction dramatically changed and strongly affected.

Even though experts says blessing in disguise that during COVID-19 the sky becomes blue or less polluted, the worse news is still there, namely environment still under permanent threat where the quality of the world environment is getting degraded. In this situation even one small thing will give big impact to others.

It is realized that the earth capacity become less while the population is growing rapidly. The competition among peoples will be tighter. It is afraid that it may also create blind competition which neglects humanity and environment aspects. Soon or later, it will give direct and indirect negative impact for harmony of human relations with and it’s surrounding or even with its Creator. The sustainability is very vital to sustain the life of human being and its environment. And if it is unprotected, it will make unprecedented change again.

As part of global community, it is good to be part of the local development by exploring and trying to connect local wisdom that may be worked it out for sustainable development with its counterpart in Libya.  I am very thankful that local authorities are giving the same attention and efforts that encourage our initiative to strengthen connectivity between development agents to share their technical knowledge and capacity.

Libya has strategic location and has abundance of resources in term of human resources and natural resources. These two aspects are main asset for creating more prosperous land not only for their own but also for their surrounding or even for international society. Both should exist interactively and could not be separated to each other’s. Without proper support and wise policy for these aspects, it is believed that sustainability of normal life will be affected.

While the above point of views are becoming fundamental, some local prominent figures share views that the above values challenged with the excess of usage of information technology that may hamper the value of local wisdom among current generation.  It is not easy task for local stakeholder to cope this alone.

For the above reason, the Embassy in Tripoli and General Authority for Libya Culture have explored their respective local wisdom to be reintroduced to our current/existing generation. Both sides have formed Joint Committee to collaborate in collecting their local wisdom which in fact have become not only as part of national heritages but also has become part of world heritages. Both countries are admitted as diverse in culture and civilization. The diversity becomes the asset for the founding father of the nation to develop their statehood leadership.  To mark this event, The Embassy has opened Historical Archives Exhibition that describe Libyan founding fathers participation along with other  Asian African, including Arab Leaders in the Asian African Conference held in 1955 in Bandung-Indonesia. This event is center of excellence for current generation to know more about their national founding father struggle in their independence period, especially to unify their voice as one Libya.

In tandem with the above efforts, now, both have moved to other aspect of humanity, namely fulfilling their basic needs for supporting their daily life which have been blockaded due to war or conflict. Many public utilities are destroyed and need to rebuild. People become suffered due to lack budget for development. At this point, as humanitarian gesture, Embassy of the Republic of Indonesia shares its empathy in collaboration with agent of development in Libya discusses on issues relating to basic needs. One issue that embassy address is access and availability of Fresh Water.

Libya with their main activity is on oil and gas sector are in need continuity of fresh water besides for fulfilling their domestic consumption. In that regards, as part of Libyan citizen, the Embassy of the Republic of Indonesia and its staff, feel called to share what Indonesia can share for Libyan society, especially in sharing technical information (know how expertise) of building fresh water unit  by using very practical technology that may be called applied technology for water desalination.

Actually, this issue is not only part of the problem of Libya but also part of problem of the world today. The world population with almost achieved 7 billion peoples is now in dire need to the fresh water. The thing that has made this access more complicated in Libya is prolonged conflict. This situation makes development in Libya look challenging or even degraded. If it is happened, it is more like patchwork development.

Without any intention to forget the existing problem, Embassy and technical ministry in this case  along with international partners always share each other on how and what activity that Indonesia can share for Libyan society. For Indonesia as country that located is quite far from Libya and Libya as well, explore the pragmatic approach in strengthening its communication and cooperation via virtual line by focusing technical aspect that being primarily needed by Libyan. In this regards, Indonesia also has shared to the Ministry of Planning of Libya regarding the Indonesian Mapping Resource Centre prepared by the Ministry of Planning and Development of Indonesia that describe many development program which may in line with Libya need under the Program of Reverse Linkages and South-South Cooperation.

During the April and May 2020, Indonesian Embassy has organized 2 (two) technical  virtual programme under the title of Initiating for Supporting Technical Information on Building Portable Solar Based Water Distillation and Desalination Technology for Libya Community that prepared substantially by the Senior Engineering of Indonesian Institute of Sciences/IIS or Lembaga Ilmu Pengetahuan Indonesia/LIPI under supervision its initiator Dr. Yoyon Ahmudiarto, Senior Engineering of IIS/LIPI and the Share Best Practices on Building Rapid Disinfectant Booth/RDB to avoid the spreading of COVID 19.

For the case of Water Desalination, the model is quite practical since Indonesia and Libya are a coastal state that the sea water becomes more than just a source of social, economic value, but it should be used with the proper and practical technology. The engineer of the unit develops a solar based portable water distillation unit. This distillation unit able to convert contaminated water into pure–clean water. This unit could overcome the pure  and clean water shortage. Furthermore, the unit with several technical arrangement could process sea water into both pure-clean water and salt. The installment of the unit may also create job opportunity especially for small scale enterprises.

Beside this programme, Indonesia also open for receiving the request for all Libyan technical communities who want to know more about the Rapid Disinfectant Booth with Ultra Violet  that being invented and developed by the Graduate Technical Faculty of University of Indonesia and other products that related to the avoid of spreading of pandemic COVID 19.

Hope technical innovation and technical information that have been shared to Libyan communities will be positive for current and future generation. May Allah Subhanahu wata’ala give us His protection and guidance. Aaameen Ya Robbal Aaalamiin. 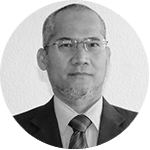 For: Empowering agents of development for preparing basic need utilities