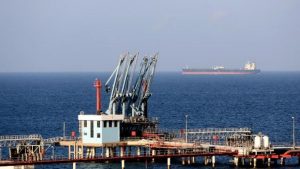 Zueitina is one of three previously blockaded ports in Libya’s oil crescent region that reopened last month after Dignity Operation forces led by Khalifa Haftar took control of the terminals.

The port official said the Ionic Anassa was loading 800,000 barrels of oil for export to China.

The reopening of Zueitina, Ras Lanuf and Es Sider has helped boost Libya’s oil production, which had been slashed to a fraction of the 1.6 million barrels per day (bpd) that the OPEC member was producing before its 2011 uprising.

Zueitina had been shut since early November 2015, and Ras Lanuf and Es Sider since December 2014. Exports have already resumed at Ras Lanuf but are yet to restart at Es Sider, which was badly damaged in fighting.

Haftar’s forces have pledged to leave the ports in control of the National Oil Corporation (NOC) in Tripoli.

The NOC has said it hopes to raise production to as much as 900,000 bpd by the end of the year, but that reaching this target depends on funding for operating costs and the reopening of blockaded pipelines in western Libya.

For: First oil shipment leaves Zueitina oil terminal after one year of closure