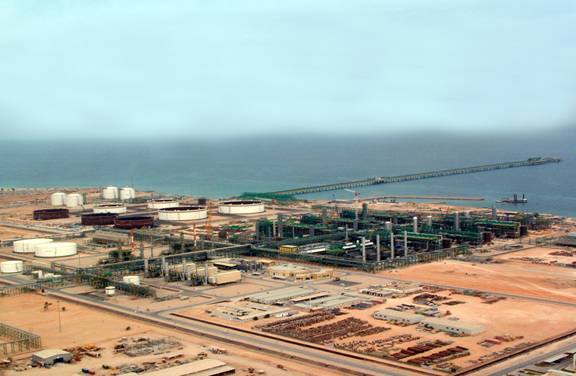 The French company, Technip, has announced that it signed a $500 million deal to upgrade an oil platform off the Libyan coast, in coordination with a full consortium doing the work including Italy’s Eni and Libya’s National Oil Company.

The Head of Libya’s National Oil Corporation, Mustafa San Allah, met in Paris with French executives, and oversaw the signing of the letter of intent to upgrade a platform at the Bahr Essalam oil field north of Tripoli with an aim of producing 12.6 million barrels a day.

“This is for the Libyans and it gives them a chance to increase production, distribute resources and create jobs,” said French Foreign Minister Jean-Marc Ayrault on Tuesday at the signing ceremony.

He added that this project demonstrates the desire of French companies to contribute to the petroleum sector, the backbone of the Libyan economy.

The move is linked to Paris’ attempt to prop up Libya’s fragile government. It also comes as Libyan forces are trying to retake the territory seized by ISIS.

Libyan oil production has fallen dramatically during the five years of political turmoil. Before the conflict, the country was producing 1.6 million barrels per day (bpd), which plummeted to 300,000 bpd in May 2015.