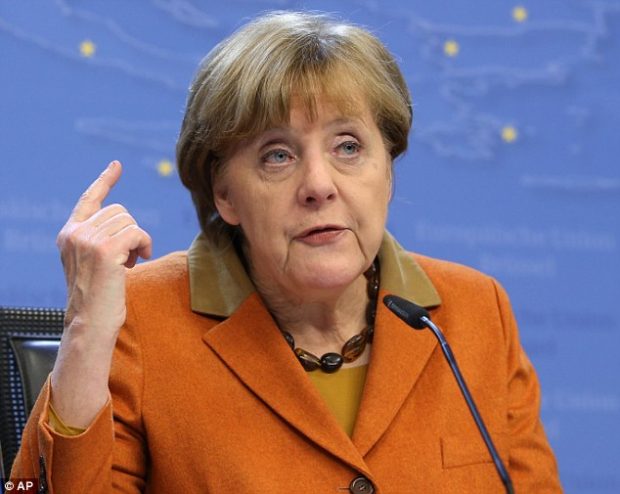 Angela Merkel’s ruling CDU party has been beaten into third place by an anti-immigrant and anti-Islam party in elections in a north-eastern German state, TV exit polls suggest.

The Alternative fuer Deutschland (AfD) party took 21.4% of the vote behind the centre-left SPD’s 30.2%.

The German chancellor’s CDU was supported by only 19.8% of those who voted, according to the exit polls.

The vote was seen as a key test before German parliamentary elections in 2017.

Before the vote in Mecklenburg-West Pomerania, all of Germany’s other parties ruled out forming a governing coalition with the AfD.

However, the party’s strong showing could weaken Mrs Merkel ahead of the national elections next year.

Mecklenburg-West Pomerania, in the former East Germany, is where the chancellor’s own constituency is located.

Under her leadership, Germany has been taking in large numbers of refugees and migrants – 1.1 million last year – and anti-immigrant feeling has increased.

The AfD, initially an anti-euro party, has enjoyed a rapid rise as the party of choice for voters dismayed by Mrs Merkel’s policy.

But its political power is limited and critics accuse it of engaging in xenophobic scaremongering.