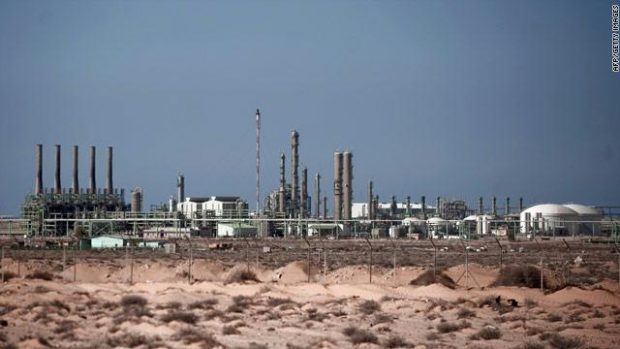 The legal adviser of the leader of Dignity Operation, Khalifa Haftar, Salah Abdelkareem said Libya is ready to sell oil to Egypt by the Egyptian pound in order to help raise its rates against foreign currencies.

In an interview by phone with the Egyptian channel, CBC Extra, Abdelkareem said Friday that a plan to export oil to Egypt by the Egyptian pound was presented to the Tobruk-based House of Representatives and its transitional government of Al-Thinni, as well as the parallel National Oil Corporation and the Governor of the parallel Central Bank of Libya, Ali Al-Hebri.

“We want to help Egypt receive our oil and not be obliged to buy oil by dollar or other foreign currencies. Egyptians must benefit from the Libyan oil.” Abdelkareem bluntly told the CBC Extra.

He also stressed that Libya must do projects that can benefit both the Egyptian and Libyan people, confirming that Dignity Operation forces of the HoR are working with the Egyptian authorities to try and alleviate the suffering of the civilians.

Abdelkareem also slammed Martin Kobler, the UN delegate to Libya, as persona non grata for the Libyan people and army.

For: Haftar’s legal adviser says they will export oil to Egypt by Egyptian pound to end its devaluation