Many of us still remember the collapse of the U.S. housing market in 2006 and the ensuing financial crisis that wreaked havoc on the U.S. and around the world. Financial crises are, unfortunately, quite common in history and often cause economic tsunamis in affected economies. Below you will find a brief description of five of the most-devastating financial crises of modern times. 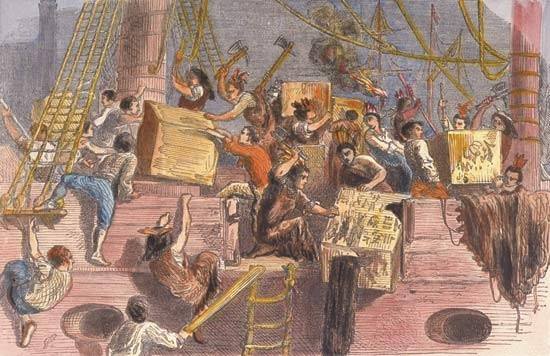 This crisis originated in London and quickly spread to the rest of Europe. In the mid-1760s the British Empire had accumulated an enormous amount of wealth through its colonial possessions and trade. This created an aura of overoptimism and a period of rapid credit expansion by many British banks. The hype came to an abrupt end on June 8, 1772, when Alexander Fordyce—one of the partners of the British banking house Neal, James, Fordyce, and Down—fled to France to escape his debt repayments. The news quickly spread and triggered a banking panic in England, as creditors began to form long lines in front of British banks to demand instant cash withdrawals. The ensuing crisis rapidly spread to Scotland, the Netherlands, other parts of Europe, and the British American colonies. Historians have claimed that the economic repercussions of this crisis were one of the major contributing factors to the Boston Tea Party protests and the American Revolution. 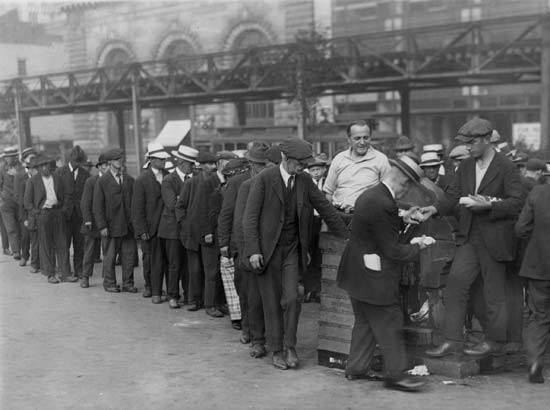 Great Depression: This was the worst financial and economic disaster of the 20th century. Many believe that the Great Depression was triggered by the Wall Street crash of 1929 and later exacerbated by the poor policy decisions of the U.S. government. The Depression lasted almost 10 years and resulted in massive loss of income, record unemployment rates, and output loss, especially in industrialized nations. In the United States the unemployment rate hit almost 25 percent at the peak of the crisis in 1933. 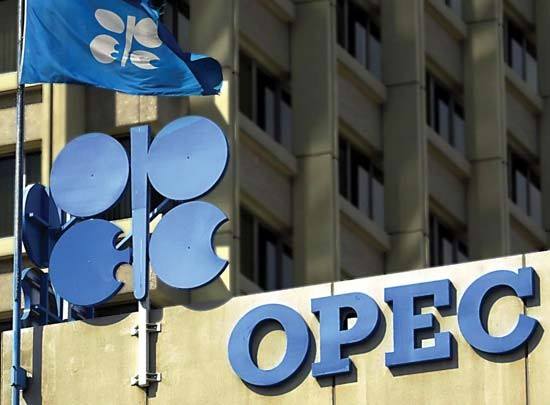 OPEC
This crisis began when OPEC (Organization of the Petroleum Exporting Countries) member countries—primarily consisting of Arab nations—decided to retaliate against the United States in response to its sending arms supplies to Israel during the Fourth Arab–Israeli War. OPEC countries declared an oil embargo, abruptly halting oil exports to the United States and its allies. This caused major oil shortages and a severe spike in oil prices and led to an economic crisis in the U.S. and many other developed countries. What was unique about the ensuing crisis was the simultaneous occurrence of very high inflation (triggered by the spike in energy prices) and economic stagnation (due to the economic crisis). As a result, economists named the era a period of “stagflation” (stagnation plus inflation), and it took several years for output to recover and inflation to fall to its pre-crisis levels. 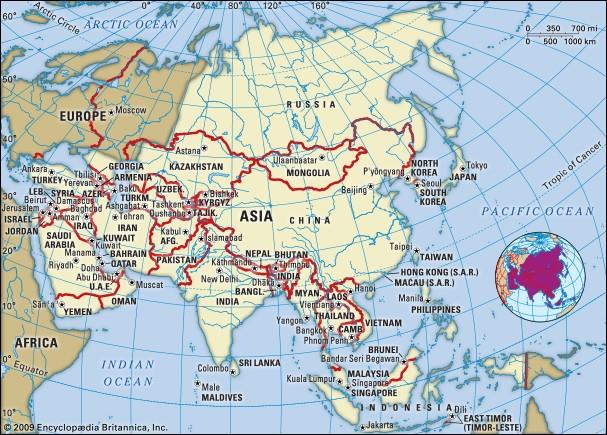 This crisis originated in Thailand in 1997 and quickly spread to the rest of East Asia and its trading partners. Speculative capital flows from developed countries to the East Asian economies of Thailand, Indonesia, Malaysia, Singapore, Hong Kong, and South Korea (known then as the “Asian tigers”) had triggered an era of optimism that resulted in an over-extension of credit and too much debt accumulation in those economies. In July 1997 the Thai government had to abandon its fixed exchange rate against the U.S. dollar that it had maintained for so long, citing a lack of foreign currency resources. That started a wave of panic across Asian financial markets and quickly led to the widespread reversal of billions of dollars of foreign investment. As the panic unfurled in the markets and investors grew wary of possible bankruptcies of East Asian governments, fears of a worldwide financial meltdown began to spread. It took years for things to return to normal. The International Monetary Fund had to step in to create bailout packages for the most-affected economies to help those countries avoid default. 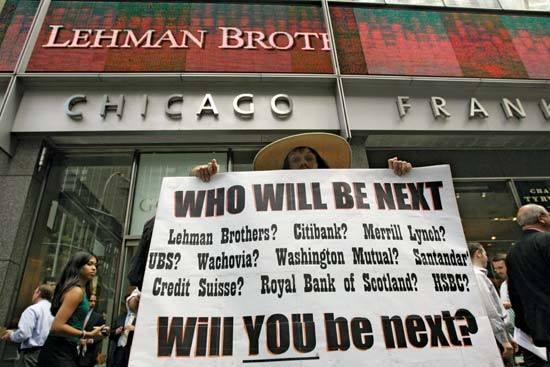 Lehman Brothers: This sparked the Great Recession, the most-severe financial crisis since the Great Depression, and it wreaked havoc in financial markets around the world. Triggered by the collapse of the housing bubble in the U.S., the crisis resulted in the collapse of Lehman Brothers (one of the biggest investment banks in the world), brought many key financial institutions and businesses to the brink of collapse, and required government bailouts of unprecedented proportions. It took almost a decade for things to return to normal, wiping away millions of jobs and billions of dollars of income along the way.

For: History of Economic Crises