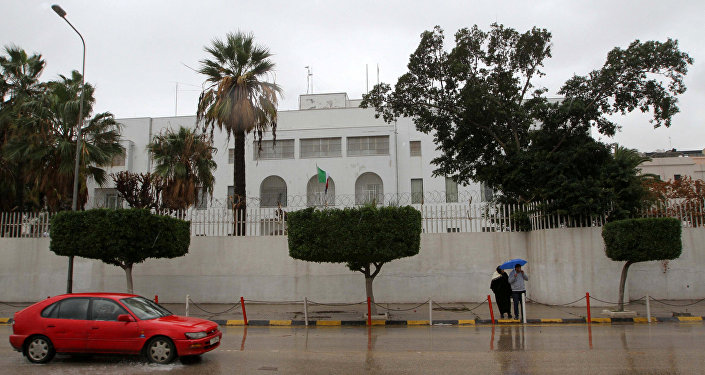 The EU’s plan to build a camp for asylum seekers in Libya is a cynical attempt to take advantage of political instability in the country, Libyan member of the House of Representatives, Said Amgib, told Sputnik.

According to Sputnik, HoR member Amgib criticized the deal, which he said would involve the construction of a settlement in southern Libya for migrants from across the region.

“The international community is exploiting the political instability in Libya and politicians who do not respect the interests of Libya. These people are ready to sign any agreement,” Amgib said.

Last week EU interior ministers met in Malta to try and reach agreement on a way to tackle the migrant crisis. They debated a plan to build refugee reception centers in North Africa, in order to stem the flow of migrants to Europe, Sputnik wrote.

On February 2, Italy signed a deal with the UN-backed government in Libya to try to stem the flow of migrants traveling across the Mediterranean Sea to Europe.

The “memorandum of co-operation” was signed in Rome by Italian premier Paolo Gentiloni and Fayez al-Serraj, Prime Minister of Libya’s Government of National Accord (GNA).

The deal will see Italy give Libya “development aid” money, training and equipment to the Libyan government, so that it can improve control over its borders, strengthen its coast guard and tackle human trafficking.

Gentiloni said that the deal is part of a wider plan for controlling migration that needs the support of the rest of the EU.

“If we want to give real strength and legs to managing migration flows, then there needs to be an economic commitment by the whole of the EU,” the Italian Prime Minister told reporters.

Whereas, Fayez al-Serraj told reporters that the deal included “humanitarian repatriation” of migrants.

Amgib told Sputnik that Libyans are strongly opposed to building any migrant settlements on their land. He criticized al-Serraj for signing the deal, and compared his authority in Libya to that of former Afghan President Hamid Karzai, whose government was also formed after a Western military intervention.

“I, like all Libyans, think that Libya needs to be left in peace and given the opportunity to determine its own destiny,” Amgib said.

Sputnik also reported that Amgib expressed hope that Russia and the new American leadership can help Libya to resolve this crisis.