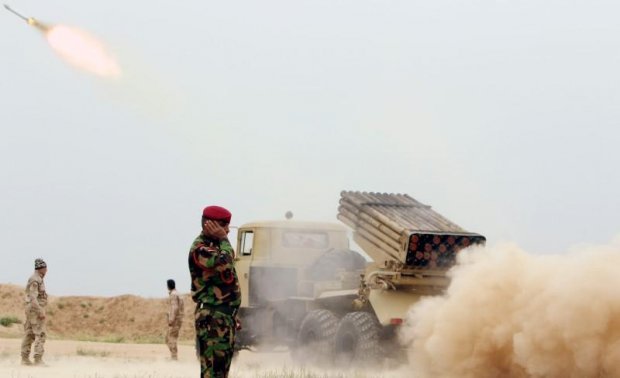 Many ISIS leaders have fled Mosul with their families towards Syria ahead of a planned offensive by US-backed Iraqi forces on the city, Iraq’s defence minister said on Saturday.

Khaled al-Obeidi said he had intelligence of increasing conflict, especially over financial issues, among ultra-hardline militants of the group known as Daesh in Arabic by its enemies.

“Many Daesh families and leaders in Mosul have sold their property and sneaked out towards Syria, and a segment even tried to sneak out towards (Iraq’s Kurdish) region”, he said in an interview on state television.

ISIS has lost at least half the territory it seized in Iraq in 2014. The group has also lost territory in Syria, where it emerged amid a civil war which is now in its sixth year, but US-backed rebel forces there have had less success in beating it back.

Fighters in Mosul, the group’s de facto capital in Iraq and the largest city under its control anywhere across its self-proclaimed caliphate, are thought to number in the thousands but probably under 10,000.

Iraq is expected to mobilise up to 30,000 forces to retake the city in coordination with US-led coalition air support.

The campaign has gained momentum in recent weeks after government forces restored Falluja and retook a key air base south of Mosul, though some officials still question whether the military will be ready and what will happen in Mosul after ISIS is removed.

Obeidi said the biggest challenge will be protecting civilians, who he said number around 2 million.

“We expect when operations begin in the city proper there will be large displacement. The smallest number we are expecting is about half a million people,” Obeidi said.

The International Committee for the Red Cross says up to 1 million people could be driven from their homes in Mosul, and the United Nations estimates the number could be even higher.

Ten million Iraqis already require assistance, including more than 3 million who have been internally displaced – about one-tenth of the population.

For: ISIS leaders have fled Iraq’s Mosul to Syria ahead of US offensive