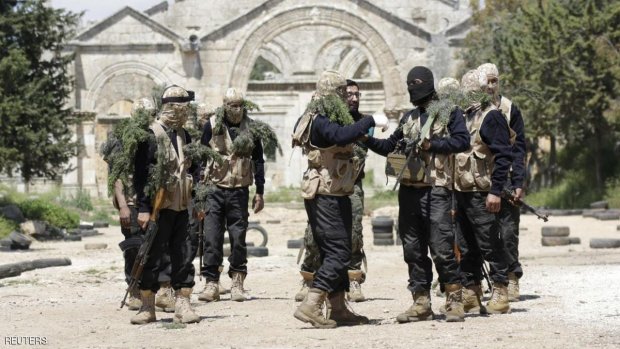 Syrian rebels have launched an offensive aimed at breaking a government siege of eastern Aleppo, where the UN estimates some 300,000 people are trapped with dwindling food and medical supplies.

A rebel alliance that includes the Jabhat Fatah al Sham group – which was formerly the al-Qaeda linked Nusra Front – and the Ahrar al Sham group said it had taken army positions in the southwestern government-held parts of the city within the first few hours of launching a battle to break the siege imposed on rebel-held areas.

Al Jazeera Arabic’c Milad Fadel, who is embedded with Syrian rebels on the edge of western Aleppo, said government forces have been preparing for an extended assault.

“Regime forces have several lines of defense protecting Aleppo’s western neighborhoods. This battle could last several days, or maybe even weeks,” he said.

“They will first try to capture the nearby al-Hikmeh school, which is used by regime forces as a military unity. They will also try to capture nearby security points, advancing towards Aleppo’s western neighborhoods.”