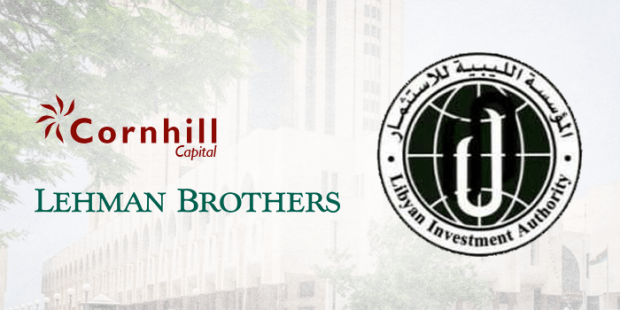 The Libyan Investment Authority (LIA), under the chairmanship of Mr AbdulMagid Breish, has now after a three year battle successfully recovered $53.8 million that had been managed by Cornhill Capital.

A fundamental factor in the issue was Cornhill Capital’s reliance on international sanctions imposed against some of the assets of the LIA. Cornhill was able in the courts of Bermuda to delay the redemption on the grounds that such redemption would have constituted a violation of these sanctions regulations.

Cornhill misconstrued the purpose for which sanctions were imposed, which was to protect the assets of the Libyan people of current and future generations. The recovery of funds has also cost the LIA unnecessary legal expense.

Mr Breish, Chairman of the Board and Chief Executive Officer of the LIA, has consistently supported and continues to support the imposition and maintenance of sanctions but has (as in this case) also appealed to specific regulators to assist the LIA to avoid misapplication of those regulations.

[su_quote]We are of course pleased that the difficult judicial process has finally resulted in the termination of the management of LIA funds by Cornhill. This is an encouraging result in our ongoing struggle to restore the wealth of the Libyan people. We however believe that Cornhill Capital has caused the LIA a substantial loss of capital. We will be investigating this with a view to obtaining a determination as to what further action is required.[/su_quote]

The LIA has from the beginning insisted that the redemption proceeds were to be paid to a sanctioned account at the custodial department of a major international bank located at a major international money centre. And indeed the redeemed proceeds have now been paid into a sanctioned account and the LIA now no longer pays management fees to Cornhill Capital.

The LIA has also recovered $73 million after actively pursuing its rights following the bankruptcy of Lehman Brothers.

During the time of the Gaddafi regime’s management, the LIA invested in a structured product organized and managed by Lehman. The LIA has been active in its attempts to recover as much as possible since Lehman’s bankruptcy in 2008, and particularly since 2013.

[su_quote]I am satisfied with the result of our efforts to date, but will continue to press for even greater recoveries.[/su_quote]

The LIA is also expecting judgment this month in its case against Goldman Sachs over £1.2 billion in disputed trades. It is, in addition to this, suing Société Générale for allegedly using fraudulent and corrupt schemes to win business with the Gaddafi-era LIA, entering the sovereign wealth fund into US$2.1 billion of risky investments. Both cases are taking place in the English courts.