Libya: Over 36 migrants killed, 80 injured in airstrike on detention center by Haftar’s aircraft

An overnight airstrike by a drone for Khalifa Haftar’s forces hit Daman Camp – Tajoura migrants’ detention center – leaving behind over 36 migrants killed and over 80 others injured.

The spokesman for the Health Ministry in Tripoli, Fawzi Awnis, told reporters that the scene at the center was horrific and the bodies and injured migrants were all over the place.

Awnis added in the early hours of Wednesday that hospitals around Tajoura and the Heart center in the district called out for help, including blood donation and medical assistance and supplies.

The airstrike on the detention center in Tajoura is not the first by Haftar.

Footage for the aftermath of the airstrike showed the detention center completely destroyed with bodies of migrants – mainly African – on the floor. 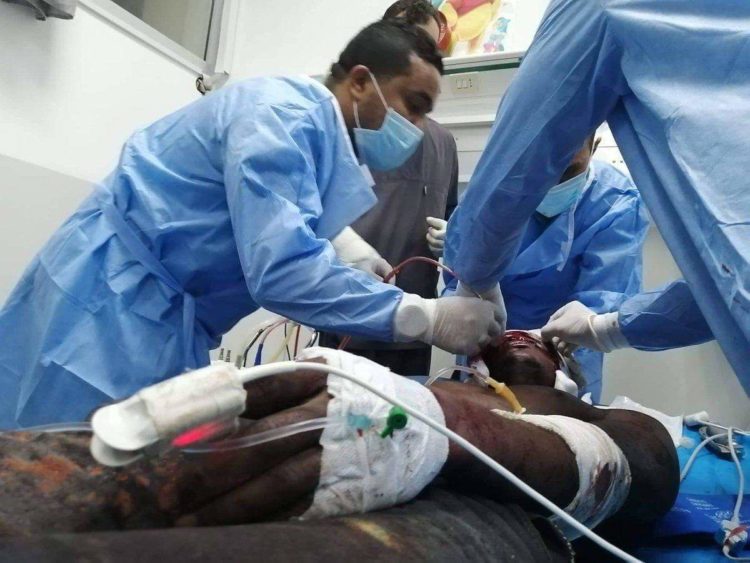 The Presidential Council and Interior Ministry in Tripoli both condemned this heinous crime by “war criminal” Khalifa Haftar, urging the international community to act and deter Haftar from committing more war crimes in Libya.

The views expressed in Op-Ed pieces are those of the author and do not purport to reflect the opinions or views of Libyan Express.
How to submit an Op-Ed: Libyan Express accepts opinion articles on a wide range of topics. Submissions may be sent to oped@libyanexpress.com. Please include ‘Op-Ed’ in the subject line.
HaftarIllegal ImmigrantsLibyaMigrantsTajouraTripoli
Share
Submit a Correction
Sign up for our Newsletter.

For: Libya: Over 36 migrants killed, 80 injured in airstrike on detention center by Haftar’s aircraft