Libya to launch vaccination campaign for over 2.7million children 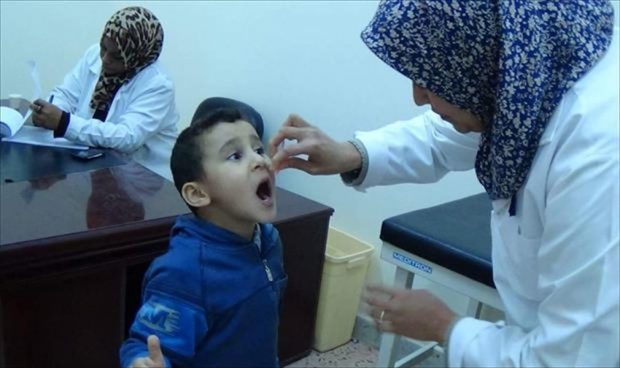 Libya is set to launch a campaign overseen by the World Health Organisation to vaccinate more than 2.7 million children after months of shortages, the health ministry said on Wednesday.

The UN-backed Government of National Accord (GNA) has faced major difficulties with its vaccine supply, over which the state has a monopoly.

Nearly a year’s worth of vaccine shortages have pushed many Libyan parents with newborns to travel to other countries or to import drugs themselves.

“Three months ago, Libya filed an application with international organisations to help them cope with a serious shortage of vaccines,” said Badereddine al-Najjar, head of the National Center for Disease Control.

“The answer… was quick,” he said, adding that Germany had financed the vaccines.

UNICEF has also played a role in importing and distributing vaccines, he added.

Najjar said his team has suggested the GNA “set aside an independent budget for the next three years” to avert another vaccine crisis.

The views expressed in Op-Ed pieces are those of the author and do not purport to reflect the opinions or views of Libyan Express.
How to submit an Op-Ed: Libyan Express accepts opinion articles on a wide range of topics. Submissions may be sent to oped@libyanexpress.com. Please include ‘Op-Ed’ in the subject line.
LibyaWHO
Share
Submit a Correction
Sign up for our Newsletter.

For: Libya to launch vaccination campaign for over 2.7million children