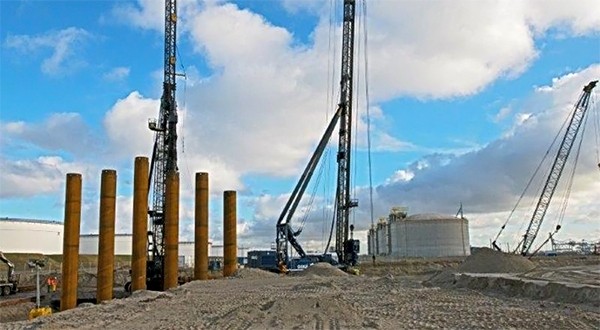 Libya’s National Oil Corporation (NOC) evacuated non-essential staff from Es Sider port after reports of military clashes nearby on Wednesday but was not suspending any loadings, it said in a statement.

Reuters reported that the NOC said it had held emergency meetings with subsidiaries and had begun emergency measures near the fighting.

“We have not declared force majeure on oil loadings pending further information, but we are monitoring the situation closely,” the statement said.

The statement came as sources from the Petroleum Facilities Guard (PFG) forces led by Ibrahim Jodran said they, together with the Defence Ministry forces of the Government of National Accord have gained control of the key oil terminal of Essidra and they are moving towards Ras Lanuf.

The forces of the GNA Defence Ministry led by Mahdi Al-Barghtahi, the Defence Minister, formed a coalition with the PFG forces and launched Wednesday morning an attack on Khalifa Haftar’s Operation Dignity forces, which are positioned in the oil crescent region.

No clear reports about whether there were injuries and deaths or not.