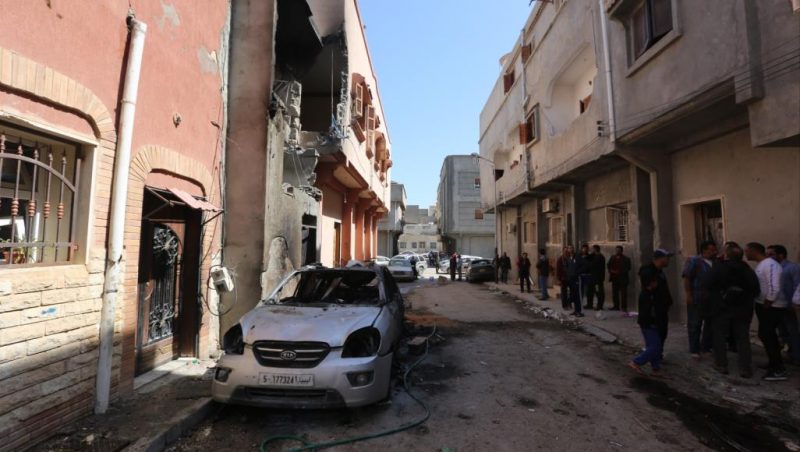 Libya on Tuesday urged the UN Security Council to take a stand against rocket attacks by warlord Khalifa Haftar’s forces that struck dangerously close to the Turkish and Italian foreign missions in Tripoli.

The attacks of Haftar’s militias violated the Vienna Convention, so the UN should take action in line with its historical responsibility to promote peace and stability, said a letter by Libyan Foreign Minister Mohamed Taha Sayala to the council.

Last week, Khalifa’s forces carried out rocket attacks on Mitiga Airport and Tripoli Harbor while some of them struck near settlements of the Turkish and Italian foreign missions.

This May, Haftar’s forces have killed more than 20 civilians with hundreds of rocket attacks in various areas of the capital Tripoli.

Haftar, the leader of illegal armed forces in eastern Libya, intensified attacks on civilians as the Libyan army recently gained the advantage and inflicted severe losses on his militants.

The views expressed in Op-Ed pieces are those of the author and do not purport to reflect the opinions or views of Libyan Express.
How to submit an Op-Ed: Libyan Express accepts opinion articles on a wide range of topics. Submissions may be sent to oped@libyanexpress.com. Please include ‘Op-Ed’ in the subject line.
HaftarLibyaTripoli
Share
Submit a Correction
Sign up for our Newsletter.