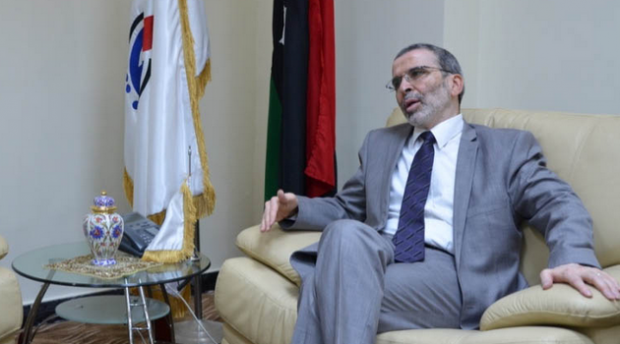 The Chief of the National Oil Corporation (NOC) Mustafa Sanallah, said Tuesday that Libya is losing 400 barrels of oil per day due to the closure of Rayana oil pipeline by Zintan’s armed groups in western Tripoli.

Meanwhile, Libya’s oil production has reached 551,000 barrels per day, according to National Oil Corporation chairman Mustafa Suna’a-Allah—a figure that brings Libya closer to its target of 900,000 barrels per day by the end of 2016.

The increase in crude production of 41,000 to 46,000 barrels per day over the most recent figures that were disclosed October 6 comes after Libya reopened its export ports—Sidra, Ras-Lanuf, and Zueitina—in September.

Libya’s production stood between 270,000 bpd and 300,000 bpd before the ports were reopened—in stark contrast to the 1.6 million barrels per day Libya was producing before the 2011 civil war that brought Libyan oil production to new lows.

According to secondary sources published by OPEC, Libya produced 363,000 bpd in September—and OPEC-member production figures are in the limelight as of light, as these will likely be used as a baseline for determining which OPEC members will freeze and how much.