Maternity hospital in Aleppo destroyed by an airstrike 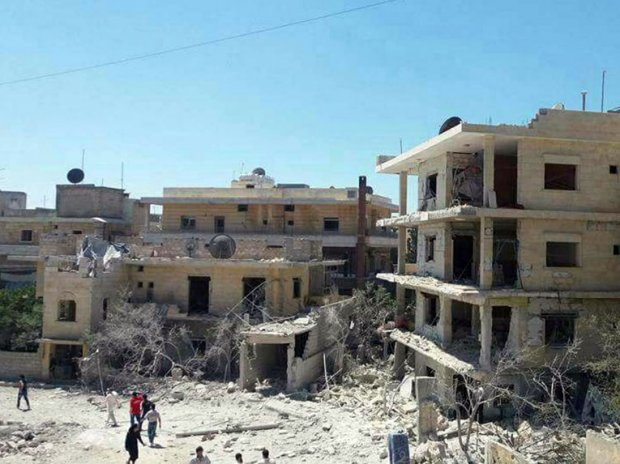 An air strike has hit a maternity hospital supported by Save the Children in north-western Syria, killing two people and wounding others.

The charity said several babies were hurt when incubators crashed to the floor, a pregnant woman lost a leg and two others suffered shrapnel wounds.

Images show part of the building in Kafer Takhareem destroyed. It is not clear who carried out the attack.

The air strike hit the entrance to the hospital in rural Idlib province.
Syria Relief, the aid agency that manages the hospital, said those killed were relatives of patients.

Save the Children said the hospital was the biggest in the area, carrying out more than 300 deliveries a month.

The aftermath of the horrific #Syria hospital bombing. Our thoughts are with families & team members on the ground. pic.twitter.com/AOW4Kd01lT

At the time of the bombing, two operations were under way and a woman was in labour, a statement said.

The hospital is believed to have stopped functioning, apart for the emergency department, and a generator which provided electricity for the building has been damaged. Sonia Khush, the charity’s Syria director, said the bombing was “a shameful act”.

“There is no excuse, and unfortunately this is only the latest in a series of strikes on health facilities in Syria,” she said.
“We condemn these attacks, which are illegal under international law, in the strongest possible terms. We need an immediate ceasefire across Syria and an end to the appalling bombing of medical facilities.”

For: Maternity hospital in Aleppo destroyed by an airstrike