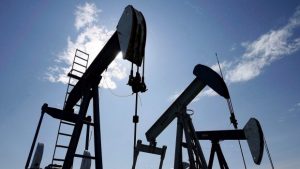 Crude futures were steady Monday on a stronger dollar, another weekly U.S. oil-rig count rise and market belief that any momentum gained from OPEC’s agreement to cut production has now been priced in.

The November contract for global benchmark Brent crude was down 0.04% at $51.91 a barrel, while its U.S. counterpart West Texas Intermediate fell 0.3% to $50.20 for November deliveries.

Morgan Stanley said in a note that positive sentiment has been engulfing the market since the announcement to cut crude output from the Organization of the Petroleum Exporting Countries was made in September. It added that this alone should be enough to keep prices in the $48-$53 a barrel bracket until the official meeting takes place in Vienna on Nov. 30.

Commerzbank pointed to the growing number of net long positions, a market term for a commodities contract that expects prices to rise, as proof that traders are expecting higher prices. However, it added that the situation could change quickly.

“Whether investors will stick to their guns will depend primarily on whether OPEC maintains the credibility of its announced production cuts,” Commerzbank analysts said in a note.

Other observers said that while short-term support for the oil market will come from the OPEC meeting, the medium term will be determined by how far any production cuts will go.

The Riyadh-based Jadwa Investment said that a disciplined implementation of cuts that would peg back OPEC supply to 32.5 million barrels a day could push prices to $60 a barrel by early 2017. However, it added that any fudging of the issue would result in a brutal correction of prices with the possibility of them sinking below $40 a barrel before the end of 2016.

Meanwhile in the U.S., the oil-field services company Baker Hughes reported that oil rig count increased by four last week. Rig counts are generally viewed as a proxy for activity in the U.S. oil sector and observers believe that as prices stay above $50 a barrel, the number could increase further in the coming weeks.

This week sees a return to normal for U.S. crude inventory reports after last week’s Columbus Day holiday. Industry body the American Petroleum Institute releases its forecast Tuesday, with official data following on Wednesday from the Energy Information Administration. Volatility is expected around both statements.

For: Oil prices remain fixed as OPEC deal to cut output closes by