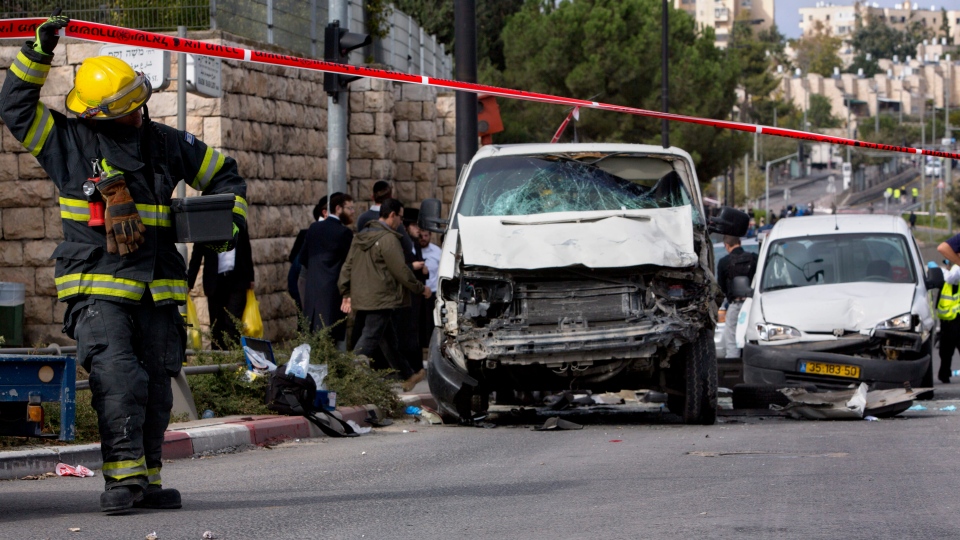 Al Jazeera – At least four Israeli soldiers have been killed and several more wounded after a truck rammed into the troops in Jerusalem with authorities calling it a deliberate attack.

Al Jazeera’s Bernard Smith, reporting from Jerusalem, said the driver of the attacking vehicle was shot dead following the incident on Sunday.

“Disturbing CCTV footage shows the truck coming down the street, clearly the driver spotted the soldiers when he hit them,” Smith said.

At least 10 soldiers were trapped under the truck but later rescued with three in critical condition, he quoted a medical official as saying.

An image posted on social media showed a white lorry with several bullet holes through its windscreen.

Israeli police spokesman Micky Rosenfeld said the victims were disembarking from a bus when suddenly the lorry driver “ran his vehicle into them”.

A police spokeswoman said on Israel Radio it was “a terrorist attack, a ramming attack”, adding bodies were “strewn on the street”.

Police said the dead, three women and one man, were all in their 20s, without identifying them further. Soldiers’ deaths are announced in Israel only after families are notified.

The attack comes amid a more than year-long wave of Palestinian shooting, stabbing, and vehicular attacks against Israelis that has slowed of late. Sunday’s incident marks the first Israeli casualties in three months.