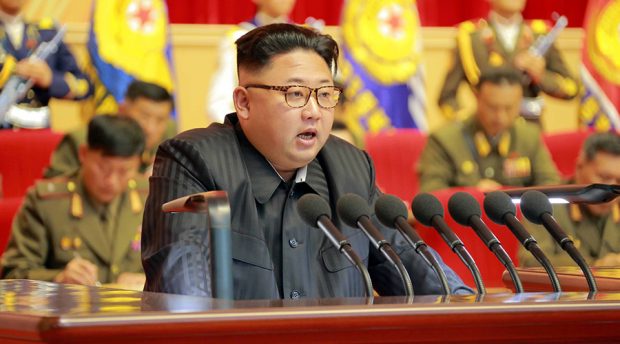 Seoul’s unification ministry said Kim Yong-jin was one of Pyongyang’s vice premiers and in charge of education.
Officials did not explain how they got the information. Seoul’s record on reporting such developments is patchy.

In May, a North Korean military chief said to have been executed was found to be alive and attending official events.

Ri Yong-gil was widely reported to have been executed in February but when he made an appearance at North Korea’s party congress it highlighted just how difficult it is to get accurate information from the North.

The unification ministry, the government department which manages relations with the North is, along with the spy agency, the South’s primary source of information about Pyongyang.

The unification ministry also said a prominent minister responsible for intelligence and inter-Korean relations, Kim Yong-chol, had been sent for re-education along with another official, named as Choi Hwi, for a month in mid-July.

North Korea itself very rarely provides confirmation of such reports. The last execution Pyongyang released official information about is thought to be the notorious purge of Kim Jong-un’s own uncle, Chang Song-thaek in 2013.

The strongest confirmation is usually that an executed official simply disappears from media reports. If this report turns out to be untrue, Kim Yong-jin may well appear in public or be listed as in attendance at a major public event in Pyongyang.

Another clue to his fate might emerge if North Korea announces a replacement vice premier. Again, this does not necessarily mean he has been executed.

Ri Yong-gil was replaced as military chief but turned up months later, albeit with an apparent demotion.