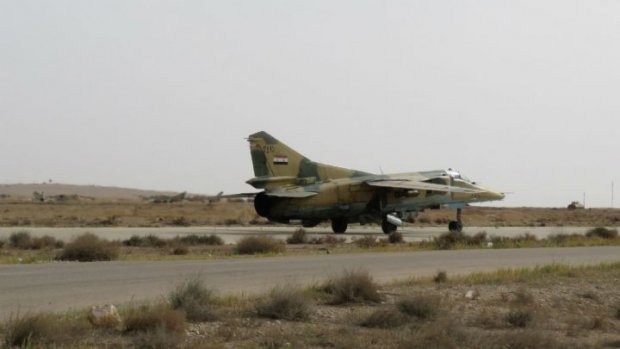 Syrian government jets have reportedly bombed Kurdish-held areas of the north-eastern city of Hassakeh for the first time since the civil war began in 2011.

The UK-based Syrian Observatory for Human Rights reported that Kurdish security forces had been targeted.

The Syrian military has not commented, but sources said the Kurds had seized government buildings in Hassakeh and nearby Qamishli.

Both sides were later reported to have agreed a ceasefire.

However, the Kurdish Democratic Union Party’s Popular Protection Units (YPG) militia said it would “not be silent” over what it called an act of flagrant aggression.

Kurds made up between 7% and 10% of Syria’s population of 24.5 million before the uprising against President Bashar al-Assad began five years ago.

Although they were denied basic rights and suffered decades of political suppression by the Arab-led state, most Kurds avoided taking sides when a wave of protests swept the country.

The Kurds later established autonomous administrations but allowed the government to retain footholds in Hassakeh and Qamishli.

Both sides largely avoided clashes in the past four years, with the government focusing on fighting the rebels and the Kurds on battling so-called Islamic State, but tensions have increased recently.

In March, Kurdish parties unilaterally declared the establishment of a new federal region, a move that was rejected by both the government and the opposition.

The next month, several members of the pro-government National Defence Forces (NDF) militia in Qamishli were killed in several days of clashes with Kurdish security personnel, known as the Asayish.

The latest clashes are said to have erupted in Hassakeh on Tuesday and had spread to several locations around the city by Wednesday, according to the Syrian Observatory.

A spokesman for the Popular Protection Units (YPG), the militia of the powerful Kurdish Democratic Union Party (PYD), said the air strikes had hit Kurdish districts and Asayish positions.

“There are martyrs and wounded,” Redur Xelil told the Reuters news agency.

The YPG later issued a statement warning that it “will not be silent over these barbaric, flagrant attacks against our people and will stand firmly to protect it”.

“Every hand spattered with the blood of our people will be held to account through all possible and available means,” it added.

The YPG has emerged as a major fighting force in northern Syria in the past two years, becoming a key ally of the US-led coalition against IS.

For: Syrian warplanes bomb Kurdish forces in Hassakah city for first time since 2011