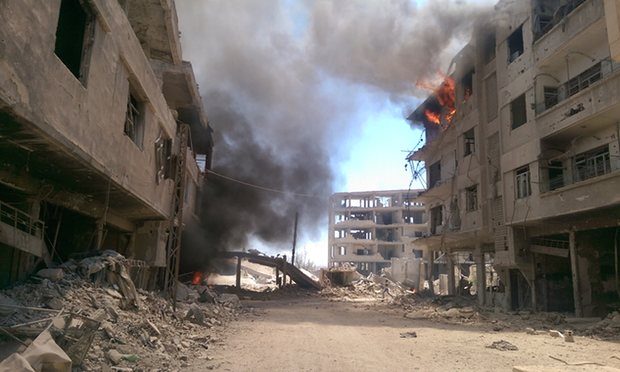 The Syrian government has retaken control of the town of Darayya, after the last rebels left under a deal ending a four-year siege.

Buses containing the final remaining fighters left on Saturday, and are heading towards rebel-held Idlib city.

BBC Arabic reported that the town, near the capital Damascus, is completely empty of rebels, who handed over their heavy weapons before leaving.

The first struck crowds mourning child victims of a similar attack earlier this week, while a second hit crowds that gathered after the first bombing, the monitor said.

The UN’s Special Envoy for Syria, Staffan de Mistura, has urged the warring sides in the city of Aleppo to approve safe delivery of vital supplies by Sunday.