The Jewish Holocaust in Tripoli: In 1967 June the 5th

I was born in OCT.1956 in the town of Jadu, but we have always lived Tripoli City, and we were living in a Tripoli suburb called “Suk al Juma” when my father had died in 1962 in Benghazi while working an America oil company, then we had to move to another suburb called “al Hadba al Khadra” to live with a relative’s family, I was only 11 and 4 months old, entering of fifth school grade, when the Jewish Holocaust broke in Tripoli downtown in June 1967.

At that day, I still remember very well, I was playing out in the street when I passed by some men standing by the street side and talking seriously and when my curiosity had compelled me to draw closer at them I overheard talking about the Jewish merchants where attacked by common people of the city, breaking their shops and robbing them, but the most socking tale that had stricken terror in my heart is that those mops were throwing car tires into those shops and sting them on fire, then closing the shops keeping the Jewish merchants detained inside their shops, those men telling the tale were I witness and said that they have heard the Jews crying and shouting, being burned alive, saying in a Libyan thong: “ Ma n hibbish n moot”-“I don’t want to die”. I still remember the men’s faces -smeared with shock and fear- until now because they were my relatives, as there was a big settlement of Berbers from Jadu in that town.

On the second they the whole settlement of my kens including my family with my widowed mother, were on our way to our home land Jadu, because men thought that there will be a long war in Tripoli due to that rebellion. It was a large influx of Berbers emigrants returning back to the Jabal.

And whenever I remember this story, I shiver with fear, for burning a living human is something unthinkable, and Elohim will never forgive those criminals, but it must be remembered that not all Libyans have engaged in that ugly and monstrous rebellion, yet we who had not participated have committed a bigger crime when we have forgotten about the whole tragedy and we didn’t talk about it, and those who wanted to talk about it were always threatened by being eliminated, to keep the crime covered under silence, long age. 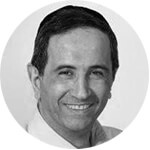 For: The Jewish Holocaust in Tripoli: In 1967 June the 5th