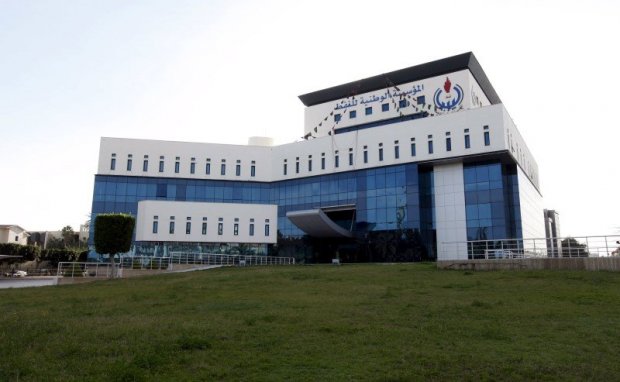 All the great expectations of the Libyans to boost crude exports have been scattered with a fatal blow after the head of the National Oil Corporation (NOC) objected to a deal between the UN-backed Government of National Accord and Martin Kobler on one hand, and the Petroleum Facilities Guard on the other hand.

In a letter seen by Reuters to U.N. Libya envoy Martin Kobler and a number of oil and diplomatic officials, NOC chairman Mustafa Sanalla said it was a mistake to reward Ibrahim Jodran, the head of the Petroleum Facilities Guard (PFG), for a blockade of the oil ports of Ras Lanuf, Es Sider and Zueitina.

The PFG confirmed on Friday that it would implement an agreement with Libya’s U.N.-backed Government of National Accord (GNA) to reopen the ports within days, following a visit by Kobler to meet Jodran in Ras Lanuf.

The terms for ending the blockade have not been made public, but an initial payment for salaries for Jodran’s men has been agreed, sources familiar with the matter say.

In the letter, Sanalla said the deal included payments that would encourage other groups to disrupt oil operations in the hopes of a similar payout.

“It sets a terrible precedent and will encourage anybody who can muster a militia to shut down a pipeline, an oilfield, or a port, to see what they can extort,” the letter said.

Sanalla said the NOC would not lift force majeure at export terminals if a payout went through due to the risk that the corporation would face liabilities.

Should any court cases arise internationally for losses stemming from the blockade, “we, as NOC, are determined not to be attached to these lawsuits”, the letter said.

The NOC also threatened to withdraw its recognition of the GNA’s leadership, or the Presidential Council.

Ali al-Hassi, a PFG spokesman, would not confirm whether any money had been received, but said the guards’ salaries should be paid now that the force was fulfilling its promise to open the ports.

The blockade by Jathran alone has cost Libya some $100 billion in lost export revenue, according to the letter.

Sanalla’s letter said that due to attacks from Islamic State militants and other damage, exports from the ports would struggle to surpass 100,000 bpd in the near term, a fraction of their designed capacity.

He added that NOC’s largest subsidiary, Agoco, would be able to increase production by that amount if it received its operational budget from the government.

“To pay Jodran instead of Agoco makes no sense, politically, economically or legally,” Sanalla said.

Asked about the terms of any deal with the PFG, Ahmed Maiteeg, a member of the GNA’s Presidential Council, said only that he hoped the ports would open soon so Libya could earn badly needed foreign currency.

The country faces a financial crunch because of the collapse in its oil revenues.

“We heard many times from the PFG that they will open the oil ports,” he told reporters in Tripoli. “Hopefully this time it will happen.”