Trump expected to endorse setting up safe zones in Syria 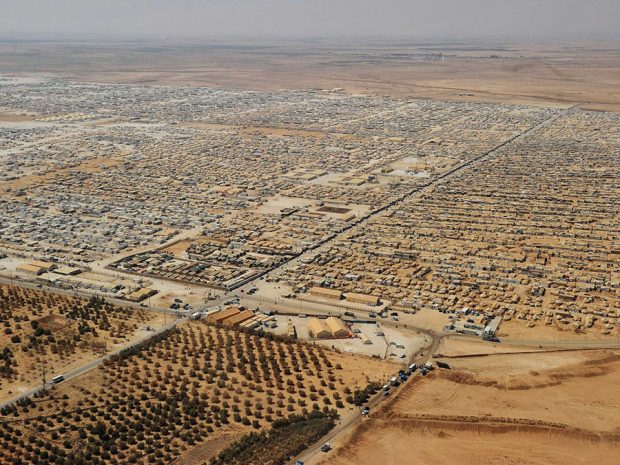 US President, Donald Trump, is expected to order the Pentagon and State Department to produce a plan in coming days for setting up “safe zones” for refugees in Syria and neighboring countries, according to a document seen by Reuters, a move that could risk escalation of U.S. military involvement in Syria’s civil war.

The draft executive order awaiting Trump’s signature signaled the new administration was preparing a step that Trump’s predecessor Barack Obama long resisted, fearing the potential for being pulled deeper into the conflict and the threat of clashes between U.S. and Russian warplanes over Syria.

“The Secretary of State, in conjunction with the Secretary of Defense, is directed within 90 days of the date of this order to produce a plan to provide safe areas in Syria and in the surrounding region in which Syrian nationals displaced from their homeland can await firm settlement, such as repatriation or potential third-country resettlement,” the draft order said.

Creation of safe zones, if Trump decides to do so, could ratchet up U.S. military involvement in Syria and mark a major departure from Obama’s approach. If Trump decided to enforce “no fly” restrictions over such areas, it would require increased U.S. or allied air power. It could also demand some type of ground forces to provide security.

Still, the document gave no details on what would constitute a safe zone, exactly where they might be set up and who would defend them. Jordan, Turkey and other neighboring countries already host millions of Syrian refugees.

U.S. military officials had long warned that creation of no-fly zones inside Syria would require a large number of additional resources beyond the fight against Islamic State and it would be difficult to ensure that jihadist insurgents did not infiltrate those areas.

For: Trump expected to endorse setting up safe zones in Syria