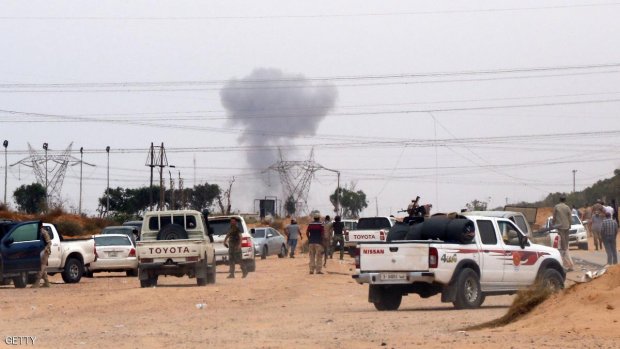 The United States has carried out air strikes on positions of so-called Islamic State (IS) in Libya, following a request by the UN-backed government there, the Pentagon says.

There have been two previous US attacks on IS targets in Libya – last February and in November.

The Pentagon said Monday’s strikes, authorised by President Barack Obama, were in support of government forces currently fighting IS militants.

“These actions and those we have taken previously will help deny ISIL a safe haven in Libya from which it could attack the United States and our allies,” the Pentagon statement continued, using another term for IS.

Pentagon spokesman Peter Cook said the strikes hit “precision targets”, including a tank, in response to a request from the Libyan administration in the past few days.

For: US airstrikes on Sirte’s ISIS leave heavy losses in fighters and vehicles