US military to keep troops on Libyan ground to take out IS targets, US General says 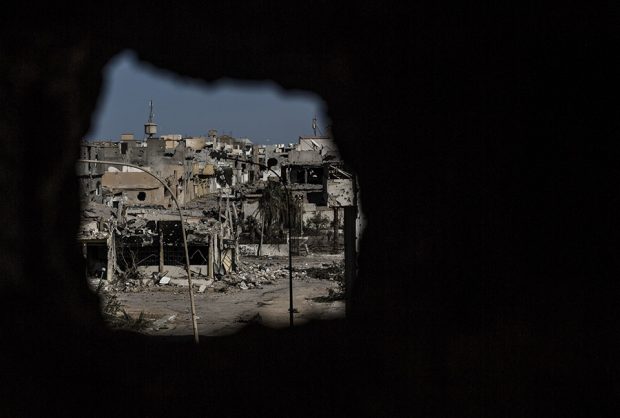 The U.S. military will keep an unspecified number of ground troops in Libya to help friendly forces further degrade the Islamic State faction there, and officials are seeking new leeway to target al Qaida loyalists in Somalia, the top commander overseeing operations in Africa said Friday, according to a report by the Military Times.

“We’re going to maintain a force that has the ability to develop intelligence, work with various groups as required, or be able to assist if required … to take out ISIS targets,” said Marine Corps Gen. Thomas Waldhauser, the head of U.S. Africa Command, the US website added.

Speaking to media at the Pentagon, he indicated also the ISIS presence in coastal Libya has fallen below 200 from an estimated 5,000 or 6,000 only a year ago, the Military Times indicated.

The region no longer appears to be a “backup plan” for foreign fighters unable to join the the Islamic State’s primary fight in Syria and Iraq, he added. That’s due in large part to an intense four-month air campaign led by U.S. Marines operating from Navy ships in the Mediterranean Sea, it added.

The last major U.S. operation in Libya occurred during mid-January, when American warplanes unleashed a massive attack on two Islamic State training camps, killing an estimated 80 militants who had fled the group’s crumbling stronghold. The strike was enabled, Waldhauser said, by U.S. personnel who’d spent several weeks coordinating face-to-face with allies to ensure there would be no collateral damage, elaborated the Military Times. l

The dynamic in Libya is complicated for many reasons. In the years since former dictator Muammar Gaddafi was overthrown in 2011, rival groups have battled for power and influence. More recently, Russia has entered the picture, establishing a military presence in neighboring Egypt.

Asked about Moscow’s potential involvement in Libya, Waldhauser confirmed Russian operatives are “on the ground in the area.” They are attempting to influence the security environment, he added, and reestablish financial ties. Libya is flush with oil and a target market for Russian-made weapons, as was quoted by the Military Times.

“We watch what they do with great concern,” the general said.

For: US military to keep troops on Libyan ground to take out IS targets, US General says