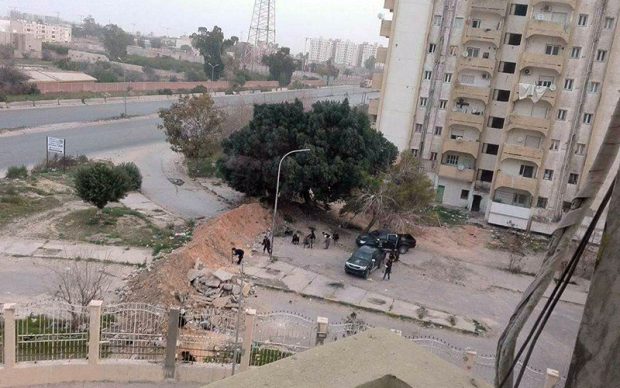 The Ambassadors of France, Germany, Italy, Spain, the United Kingdom, and the United States have issued a joint statement to reiterate commitment to preserving the sovereignty, territorial integrity, unity, and national cohesion of Libya and support for the Libyan Political Agreement of 17 December 2015 as the basis for an inclusive political solution of the current conflicts.

“We continue to support the Presidency Council as the legitimate governing body, recognised as such by UNSCR 2259. We continue to stand by UNSMIL’s efforts to address the political, security, economic and institutional crises facing the country.‎” The statement reads.

The countries condemned the clashes which took place in Tripoli on February 23 and 24, as well as the indiscriminate use of violence against the Libyan people across Libya.

“We welcome the cease-fire reached between the forces on the ground in the Abu Selim neighbourhood of the Capital, thanks to the intervention by the Presidency Council, and we reiterate that the use of force is the sole prerogative of State institutions and its security forces.” The statement adds.

“We condemn the use of violence and any threat levelled against Prime Minister Sarraj and Libyan institutions, as was the case in the attack of February 20th 2017.” It continues.

We further call on all parties to cease violent acts which result in the loss of civilian lives, and undermine the prospects for political and social reconciliation of the country, they added.

We reaffirm our position that Libyans should decide their own future, and we stand ready to support their efforts to build a strong, prosperous, and unified Libya and implement the Libyan Political Agreement’s vision for a peaceful transition to a new, elected government, the countries concluded.

The views expressed in Op-Ed pieces are those of the author and do not purport to reflect the opinions or views of Libyan Express.
How to submit an Op-Ed: Libyan Express accepts opinion articles on a wide range of topics. Submissions may be sent to oped@libyanexpress.com. Please include ‘Op-Ed’ in the subject line.
ClashesLibyaTripoli
Share
Submit a Correction
Sign up for our Newsletter.