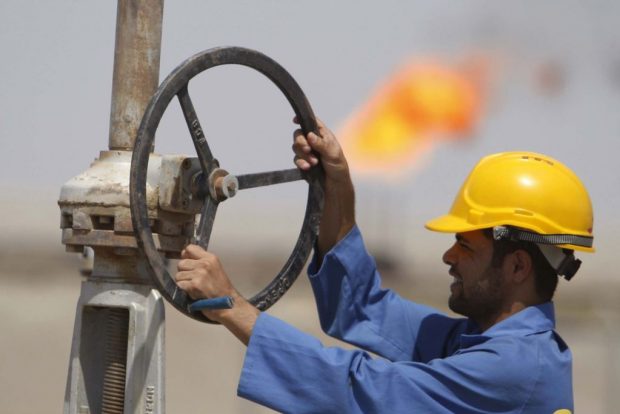 Oil held below $50 a barrel in New York and London as global supplies remained adequate despite production cuts in Canada and Nigeria.

West Texas Intermediate futures fell slightly in early tradingt, having climbed 4.5 percent the previous two sessions, as a stronger dollar dulled the appeal of commodities. While U.S. crude inventories may have fallen by 1.14 million barrels last week, they’re still about 140 million barrels above the seasonal norm. Wildfires in Canada have shifted back toward oil-sands operations, forcing Suncor Energy Inc. to evacuate three sites it was restarting.

Oil has surged more than 80 percent from a 12-year low earlier this year on signs the global glut will ease as U.S. output declines. The market has moved into a production deficit earlier than expected following supply disruptions in Nigeria and an increase in demand, according to Goldman Sachs Group Inc.

“Fifty dollars acts as a magnet, but also an invisible line through which traders are cautious about crossing,” said Ole Sloth Hansen, an analyst at Saxo Bank A/S in Copenhagen. “The market may not yet be ready to to move into the $50s for fear of what it will do to the rebalancing process.”

WTI for June delivery fell 6 cents to $48.25 a barrel on the New York Mercantile Exchange at about 8 a.m. Central The contract gained 59 cents to $48.31 on Tuesday, the highest close since Oct. 9. Total volume traded Wednesday was about 11 percent below the 100-day average.

Brent for July settlement dropped 29 cents to $48.99 a barrel on the London-based ICE Futures Europe exchange after climbing 31 cents to $49.28 Tuesday, the highest close since Nov. 3. The global benchmark crude traded at a premium of 26 cents to WTI for July.

U.S. crude inventories fell by 1.14 million barrels last week, the American Petroleum InstituteÂ said Tuesday, according to a people familiar with the figures. Stockpiles at Cushing, Oklahoma, the delivery point for WTI and the biggest U.S. oil-storage hub, increased by 508,000 barrels, the APIÂ was said to report.

A Bloomberg survey showed nationwide stockpiles probably fell by 3.5 million barrels in the period, according to the median estimate of analysts. The Energy Information Administration is due to report inventory data later on Wednesday.