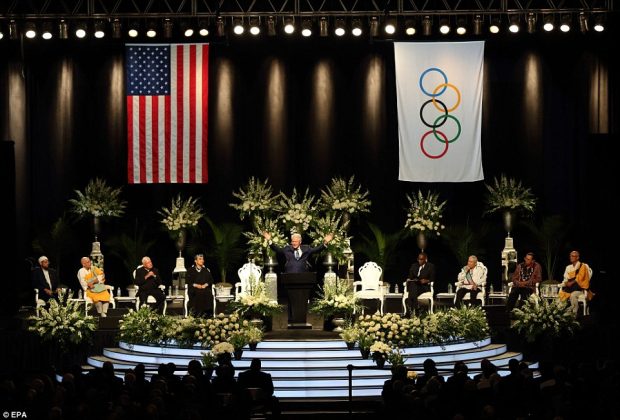 Three-time World Heavyweight Champion boxer Ali, 72, died following a 32-year battle with Parkinson’s disease, his health having deteriorated after he was first hospitalised Thursday prior with “respiratory issues”.

Among those attending the service were pallbearers boxers Lennox Lewis, Mike Tyson, George Foreman and actors Will Smith, a personal friend of Ali’s who also played Ali in a 2001 biopic.

In a poignant eulogy at the memorial today (AEST), Billy Crystal performed the same Muhammad Ali impersonation that he pulled off during his first time on TV in the 1970s.

Crystal told mourners of a journey of his relationship with Ali – when he was made famous for his impersonation of the boxing great, and broadcaster Howard Cossell.

Crystal repeated the quick-talking, silver-tongued impersonation, recalling the moment he was invited by broadcaster Dick Schaap to perform the routine in front of Ali himself in 1974.