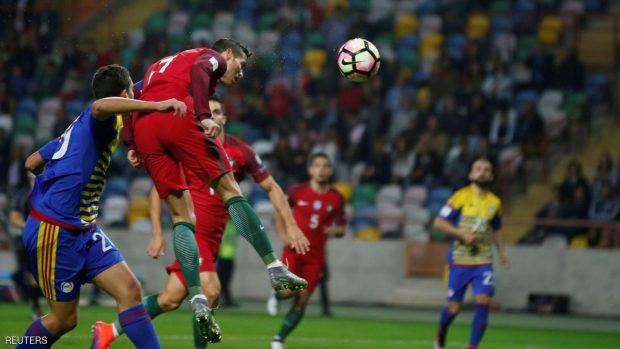 Cristiano Ronaldo needed only four minutes to put European champion Portugal back on track in qualifying for the 2018 World Cup, while France’s recovery came thanks to a pair of goals by forward Kevin Gameiro.

Ronaldo, who missed Portugal’s opening loss to Switzerland because of a knee injury in the final of Euro 2016, returned to action on Friday by scoring two of his four goals less than five minutes into the 6-0 rout of nine-man Andorra in Group B.

Switzerland earned a late 3-2 win at Hungary to stay in the group lead, ahead of the surprising Faeroe Islands.

Euro 2016 runner-up France conceded early but got back in contention in Group A with a 4-1 win over Bulgaria, with Gameiro scoring his first goals for the national team in more than five years.

The Netherlands and Sweden also claimed their first victories, and all three teams were atop the group after two rounds.

Belgium and Greece won their second in a row to take command of Group H.

Only the group winners automatically qualify.