40-year-old Totti says he may delay retirement from Roma 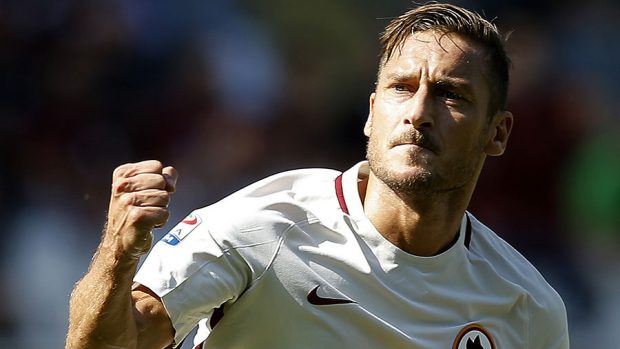 beIN Sports – Roma veteran Francesco Totti hinted he may prolong his playing career beyond this season.

Totti’s contract in the Italian capital expires at the end of the campaign, with retirement edging closer.

The 40-year-old, however, could extend his incredible career in Serie A.

“Nothing is obvious in football,” Totti told Sky.

“I was taken for finished last year, something that happens a lot in this line of work, especially when things aren’t going the right way. Everyone is free to say what they think though.

“I have faith in my head and my body, I can still give a lot and if I’m feeling good then why stop?”

Totti has scored two goals in six Serie A appearances this season.

For: 40-year-old Totti says he may delay retirement from Roma