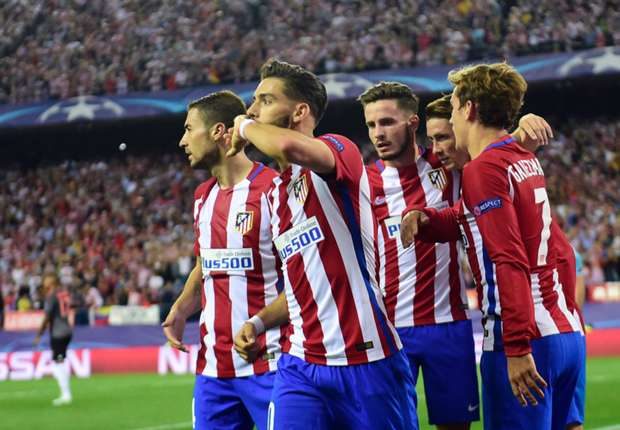 Atletico Madrid made it two wins out of two in this season’s Champions League and inflicted a first defeat of the campaign on Bayern Munich.

Both teams came into the game unbeaten in all competitions but Yannick Carrasco’s low strike ensured the home side finished with their record intact.

Antoine Griezmann struck the bar with a penalty and Fernando Torres hit the post with a header for Atletico.

Franck Ribery and Robert Lewandowski missed good chances for Bayern. The defeat is Carlo Ancelotti’s first as manager of the German side.

It is also a repeat of the first-leg scoreline between the sides in last year’s semi-final clash, which Atletico won on away goals.

Diego Simeone’s side deserved their win, which would have been more comfortable but for Torres’ inability to finish into a near empty net at the far post in the first half, and Griezmann’s wastefulness from the spot after Luis Felipe had been fouled in the box in the second.

Bayern were under par, failing to get their chief attacking threat – Lewandowski – into the game often enough, with the Polish striker heading his only chance wide from an unmarked position near the penalty spot.

Atletico’s win means they top Group D with six points, three ahead of Bayern and five ahead of both Rostov and PSV, who drew 2-2 in Russia on Wednesday.