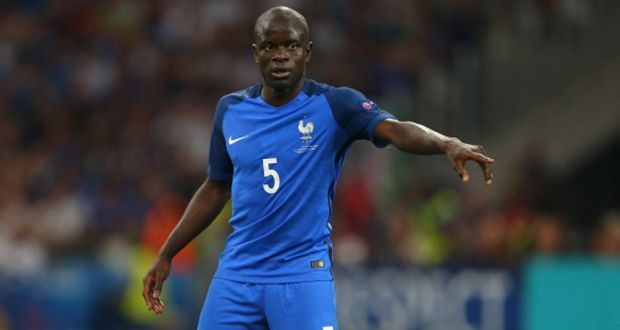 Chelsea have signed Leicester City midfielder N’Golo Kante on a five-year deal for a fee believed to be in the region of £30m.

The defensive midfielder joined from Caen last summer for £6m and went on to make 40 appearances in Leicester’s Premier League-winning campaign. Kante, 25, was part of the France squad that reached the final of Euro 2016.

“I am so happy to have signed for one of the biggest clubs in Europe. It’s a dream come true for me,” he said.

“The opportunity to work with Antonio Conte, a brilliant coach, and some of the best players in the world was simply too good to turn down,” said Kante.

Leicester said they accepted a club record fee on Friday before Kante finalised terms and completed a medical.

“Despite the offer of a substantially improved, long-term contract, it became apparent that N’Golo’s wish was to join Chelsea,” said a Foxes statement.

Leicester striker Jamie Vardy turned down a move to Arsenal earlier in the summer, but there is continued speculation winger Riyad Mahrez could leave.

“He is a perfect fit in terms of Antonio Conte’s philosophies and the style of football he wants to play,” added Emenalo.

Meanwhile, Conte lost his first game in charge as they were beaten 2-0 by Rapid Vienna in a friendly. Chelsea fielded a strong side captained by John Terry and including Branislav Ivanovic, Nemanja Matic, Willian, Ruben Loftus-Cheek and Diego Costa.