Democracy in Libya (The Big Lie) 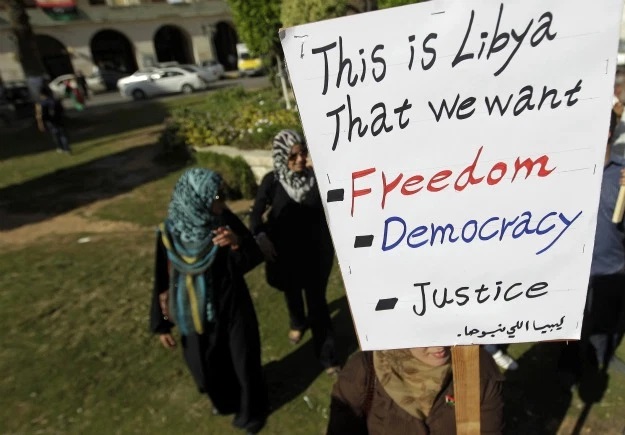 Arab societies in general and the Libyan society in particular, view democracy and political action with suspicion eye , and even go further when they describe it as a big lie and the radicals game that politicians play not only in our country, but even in the developed countries that claiming freedoms and human rights. Libya is a modern state with a fresh era of democracy and political actions (excluding the monarchy), and you can imagine what democracy and the concept of peaceful transfer of the power will look like? After an armed uprising in a state that contains the largest weapons depots in Africa, it will undoubtedly be a “unique and dangerous experience”.

If we think outside the box, we will find that most Arab countries have recently reached the winds of democracy, compared to other countries in the world.  This is natural given because of its history with occupation and external colonialism at times, and with external mandates at other times since the beginning of the last century. However, this does not negate the fact that some countries in the region have actually managed to make long and relatively advanced journeys in establishing democracy and consolidating the principle of power sharing. Perhaps the parliament’s nation in Tunisia, Jordan and Kuwait are the most important evidence of this. In addition, in political science “democracy” is not one shape as it has many forms and varieties; this is what is absent from the mind of the Libyan citizen!

There is authoritarian democracy, part democracy, and liberal democracy that does not exist in our states, and if we exclude Tunisia, the Arab region is still between authoritarian and partial (restricted). If we go back to the box and the Libyan case, we cannot overlook the formula Societal, especially tribalism, is an environment averse to democracy, especially political parties, even if there is an old experience that may be obsolete, and the economic factor, here I mean wealth and oil specifically, is inversely proportional to the concept of democracy. Perhaps the Arab Gulf region is the greatest witness to this. This on the one hand, on the other hand, the conspiracy theory and the shadow world is still present and dominates the mind of the Libyan citizen.

In summary, there are many factors and influences that make Libyans find it difficult to accept the idea of ​​political action and peaceful transfer of power. Perhaps the sight of recent years has not gone away and (democracy) will remain the big lie in the minds of Libyans as they step into building a modern state. Only when they are aware of these problems and historical context then they would feel the value of their participation in political life, and they will be convinced that it is the clear “truth” that they have always lost their paths to it, and have been too late and far to recover it and reap its fruits.

For: Democracy in Libya (The Big Lie)