The Libyan-Syrian situation, contradictions and approaches 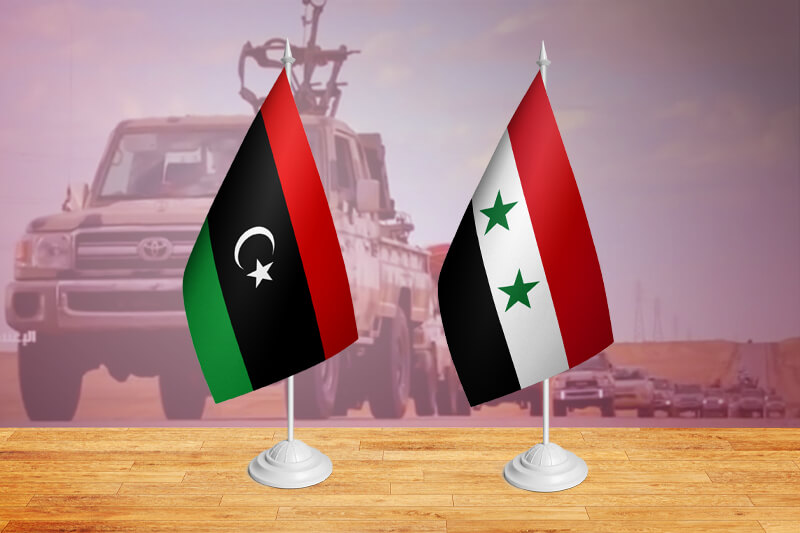 In the wake of the signing of the two memoranda of understanding between the GNA (Government of National Accord) and Turkey, which give Turkey a new, strong role in Libya, comparisons have been with Ankara’s position in Syria.

However, I believe the two situations are completely different. It is only recently, eight years after the Revolution, that Turkey has begun to exert an influential role in Libya, demonstrated by its agreements with the GNA. On the other hand, Turkey has been involved in Syria since the 2011 uprising against the Assad regime. From the beginning, it took in hundreds of thousands of Syrian refugees and now hosts some 3.6 million. Turkey has also sent in troops to parts of Syria protect allis there as well as to protect its own borders..

Moreover, even if some of the outside players in Libya and Syria are the same, their roles are completely different. The Russian bear is the biggest player in Syria, with resolute support for the Assad regime. In Libya however, despite the presence of mercenaries from Moscow-based Wagner group, Russia continues to endorse international peace efforts.

Meanwhile in Syria, the United States has been strongly present, backing the Syrian rebels, particularly the Kurds, but has, by contrast, for much of the last eight years, left the challenge of Libya to its European allies. These have been led sometimes by Italy and sometimes by France and more recently by Germany with its Berlin peace initiative, backed incidentally by Russia, as well as Turkey.

Unfortunately, Europe has failed to produce a unified vision and policy for Libya, partly because of disagreements over sharing the Libyan pie.  This has led to a political disintegration whereby Libya is now almost split into two states, the east being dominated by the military forces of General Haftar and the west by those supporting the GNA.

The Syrian-Libya comparison also falls apart because in Libya there is no presence of the Lebanese Hezbollah or the Iranian Revolutionary Guards, which support the Assad regime. Indeed Syria is effectively now split into three blocs: the Assad government is sponsored by Russia, Iran and Hezballah; the Syrian Kurds backed by the United States; and the rest of the Syrian opposition supported by Turkey.

By contrast the two-way division in Libya sees the GNA in the west supported by Turkey as well as Qatar and Italy while the east is backed by the French, Russians, Egyptians, Emiratis and Saudi Arabians.

The involvement of the Gulf States in Libya has also prompted a comparison with Yemen, where a bitter conflict is still playing out today.  There, the UAE and Saudi Arabia are standing by the legitimate government (although the Emiratis have also supported southern separatists) against the Houthi militia and the late president Ali Abdullah Saleh backed by Qatar and Iran. In Libya the roles are reversed, with the Emiratis and Saudis opposing the UN-mandated GNA government.

Therefore rather than the Syrian comparison, I see the situation in Libya drawing closer and closer to that in Yemen. There, a Southern Transitional Council has been formed to govern southern Yemen and pave the way for secession from the north, which may in future have an separate government. Thus we are talking about a North Yemen and South Yemen and this of course would be a case of history repeating itself, bringing Yemen back to the two separate states that existed between 1967 to 1990..

Here in Libya today we are effectively looking at two states, two governments and even two armies, a division which, depending on events, could become official. This is a strong possibility given the influence of outside countries that have involved themselves in Libya.

By contrast, recent events have rendered the situation in Syria much more hazy and confused.

For: The Libyan-Syrian situation, contradictions and approaches