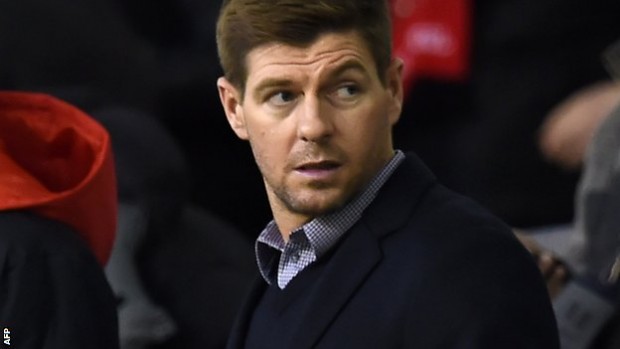 Former Liverpool captain Steven Gerrard is planning a return to the club in a coaching role when his playing career ends, which could be this year.

The 35-year-old, who won 10 trophies at Liverpool, left at the end of last season to join Los Angeles Galaxy.

“I’m not 100% sure but I think it will probably be my last year as a player,” Gerrard told the Daily Telegraph.

“I have had a chat with [Liverpool boss Jurgen] Klopp. The club have let me know they’re keen for me to come back.”

Gerrard, who made 710 appearances for Liverpool and won 114 England caps, added: “I am always going to be biased towards Liverpool and the FA and basically when I am back home I am going to carry on with my punditry work and try and move around clubs and gain more experience, going to watch managers and learning more.

“I am basically available from November, December 2016. Everyone in the football world will know I am available and hopefully I will be 75% into my coaching badges.”

The former England captain admits he would have liked to have acquired the necessary coaching qualifications earlier, and has urged the Football Association to ensure leading players remain in the game after finishing their playing days.

“I have regrets I didn’t start my coaching badges at 21-22,” he said. “All that time wasted in hotels as an England player when I’ve been bored and was watching ‘The Office’ and ‘The Sopranos’.

“I wish I’d done my CBA (coaching) licence then so I’d be doing my pro-licence now.

“I had a meeting with the FA and said these players that are earning a certain amount of caps – don’t let them go away from the game, do more to keep them involved.”