IS convoy heading out of ceasefire area seems to have turned back, officials say 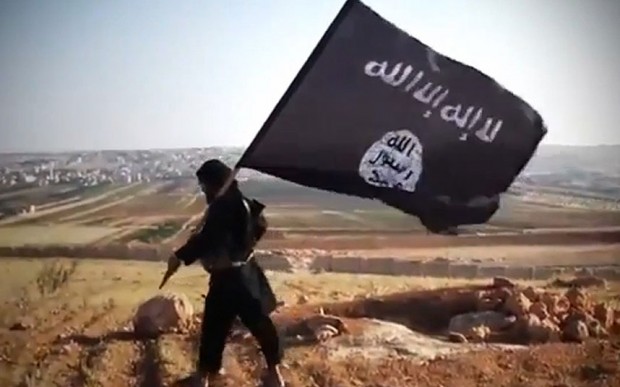 A convoy of Islamic State fighters appears to have turned back after U.S.-led airstrikes thwarted its attempt to reach territory held by the militant group in eastern Syria, the head of U.S.-led forces fighting Islamic State said on Thursday.

More than 300 lightly armed IS fighters and about 300 family members were evacuated from Syria’s western border with Lebanon under a ceasefire agreement involving the ultra-hardline group, the Syrian army and the Lebanese Shi‘ite group Hezbollah.

On Thursday they sought to move into IS-held territory from a new location after U.S.-led strikes on Wednesday stopped them joining forces with their jihadist comrades, a commander in the pro-Syrian government military alliance said.

However, U.S. Army Lieutenant General Stephen Townsend, the commander of U.S.-led forces fighting Islamic State, told a Pentagon briefing that the convoy had turned back into Syrian government territory.

“When I walked into this conference about an hour ago, the buses were on the move. They had turned and had driven back into regime-held areas,” he told reporters via a video teleconference from Baghdad.

“We haven’t struck the convoy. But we have struck every ISIS fighter and/or vehicle that has tried to approach that convoy. And we’ll continue to do that,” he said.

The coalition opposes experienced combatants being moved to a battle zone in which it is active, and used warplanes on Wednesday to halt the convoy by damaging the road ahead. It also struck fighters on their way to meet the convoy.

A commander in the pro-Syrian government military alliance said the convoy had headed north towards the town of Sukhna on Thursday after being halted in the desert and would try to reach Deir al-Zor province, close to the border with Iraq.

Two sources familiar with U.S. policy on Syria said the airstrikes did not signal a more aggressive military approach, and were intended to prevent the IS fighters in the convoy reinforcing their comrades in Deir al-Zor.

But the standoff shows the tangled nature of a war theater divided into several overlapping conflicts, and where the engagement of local, regional and global powers is further complicated by a mosaic of alliances and enmities.

The views expressed in Op-Ed pieces are those of the author and do not purport to reflect the opinions or views of Libyan Express.
How to submit an Op-Ed: Libyan Express accepts opinion articles on a wide range of topics. Submissions may be sent to oped@libyanexpress.com. Please include ‘Op-Ed’ in the subject line.
IraqISISISSyriaUS
Share
Submit a Correction
Sign up for our Newsletter.

Haftar to fly to the US with family, pretending it’s a Libyan official visit

For: IS convoy heading out of ceasefire area seems to have turned back, officials say