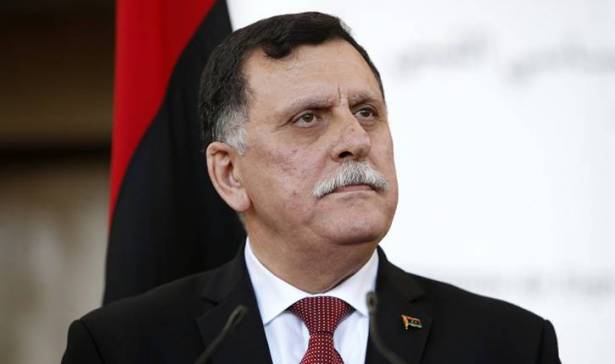 The Prime Minister of Libya’s Government of National Accord Fayez Al-Serraj has cancelled a scheduled visit to Sudan on Wednesday due to the security unrest in the capital Tripoli, according to the Sudanese foreign ministry.

Al-Serraj was planned to arrive in Khartoum for a two-day visit for talks with Sudanese President Omar al-Bashir on bilateral relations.

Al-Serraj, however, has postponed his visit due to insecurity in Tripoli, which has made his movement very difficult, the ministry said in a statement.

According to the statement, the Libyan foreign minister has conveyed Al-Serraj’s apology to the Sudanese president over cancelling the visit.

Meanwhile, Tripoli’s political and military parties have continued their strife for power for the third day in a row.

The neighbourhoods of Gurji, Gergarish, Hay Al-Andalus and Ghout Al-Shaal, have seen violent clashes between armed groups from Misurata and other central region areas and security forces of the Government of National Accord since Monday night.

For: Libyan Prime Minister cancels visit to Sudan due to Tripoli fighting