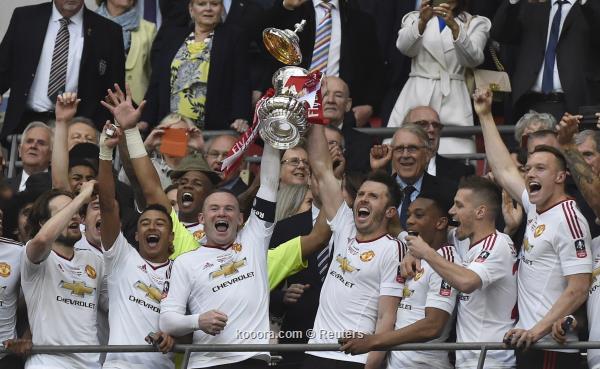 Manchester United’s tumultuous season has ended with the club lifting a record piece of silverware.

Manchester United, which will reportedly tab Jose Mourinho as its manager at some point after Saturday’s final and finished fifth in the Premier League, won its 12th FA Cup title to tie Arsenal for the most ever, beating Crystal Palace 2-1 in extra time. Jesse Lingard’s fantastic volley in the 110th minute was the decisive goal, after Juan Mata responded to Jason Puncheon’s opener in a late flurry of action in regulation.

The game marked a rematch of the 1990 final, also won by Manchester United 1-0 in a replay following a 3-3 draw in the first go-around. The result also leaves Crystal Palace in search of its first major trophy.

Palace thought it had the lead in the 17th minute, but referee Mark Clattenburg whistled for a foul despite Connor Wickham continuing to play on and scoring after getting tackled.

Manchester United’s best chance early came through Marouane Fellaini, who nearly opened the scoring just minutes into the second half, but he hit the corner of the woodwork after receiving a pass from Marcus Rashford.