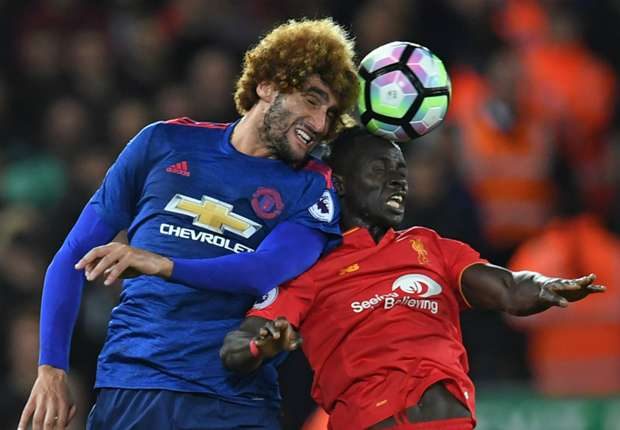 Manchester United boss Jose Mourinho said Liverpool “are not the last wonder of the world that the media like to say they are” after his side held Jurgen Klopp’s team to a goalless draw.

In a game of few chances at Anfield, the hosts were largely subdued by United’s defensive organisation.

“This is a point that stopped them winning three,” said Mourinho.

Klopp was not happy with his side, saying: “We tried to be too quick and lost patience with our passing.”

The result leaves Liverpool fourth in the Premier League on 17 points, with United three points adrift in seventh.

Klopp felt his side “wasted a lot of energy” in the first half.

He added: “The second half was better but with a little bit faster legs, we could have created more.”

The visitors had just 35% of possession – their lowest in a Premier League match since Opta began recording the data in 2003-04.

Asked about that statistic, Mourinho told Sky Sports: “That was the game that we played – we don’t control the game by having the ball all the time.”

He later added: “Two shots on target with 65% of possession. You have to be critical of Liverpool. It is their problem, not our problem.”

For: Man Utd draws with Liverpool 0-0 in Premier League’s derby