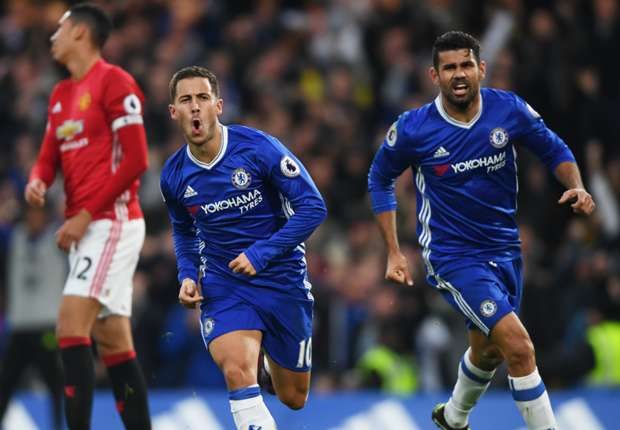 With seven major titles across two spells, Mourinho is Chelsea’s most successful ever manager, but his return to his old stomping ground ended in one of the most chastening results of his career.

“Today we didn’t concede, which was important. It was a type of win that increases the confidence.”

It was a fitting tribute to former Chelsea vice-chairman Matthew Harding, whose death in a helicopter crash 20 years ago was marked prior to kick-off with banners and a giant flag.

Conte’s side have won three consecutive league games without conceding a goal and climbed to fourth place, just a point below leaders Manchester City, Arsenal and Liverpool.

Mourinho has already tasted defeat three times in the league with United, who trail City by six points ahead of Wednesday’s Manchester derby in the League Cup.“We made incredible defensive mistakes, individual mistakes, and you pay for that,” Mourinho told Sky Sports.

He refused to divulge what he had said during a terse exchange with Conte after the final whistle, saying: “My words with Antonio Conte were for him, not for you.”

For: Man Utd humiliated 0-4 by Chelsea at Premier League