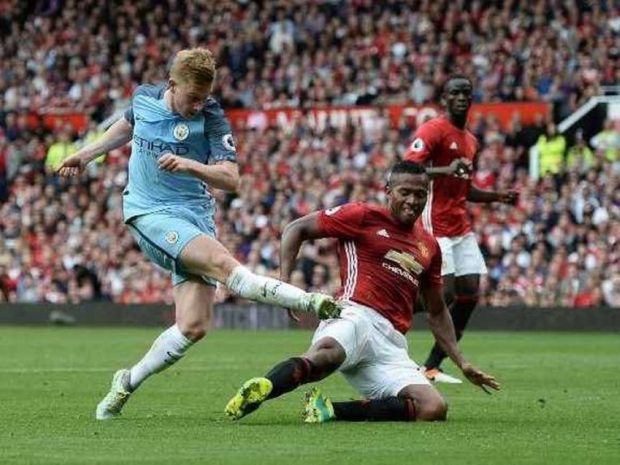 Pep Guardiola delivered the first meaningful blow in a rivalry with Jose Mourinho that will become a central part of the Premier League’s narrative as Manchester City recorded a well-merited win against Manchester United at Old Trafford.

The pair’s history of animosity with Barcelona and Real Madrid in Spain’s La Liga meant their first Premier League meeting since assuming control on either side of Manchester provided a colourful backdrop to the build-up to this derby.

And when the action got under way on the field, it was City who put a marker down and put Manchester United in their place with a peerless first 40 minutes followed by resilience to maintain their 100% start to the season.

This was always going to be much more than the Manchester derby – this was as much about Mourinho against Guardiola on the Premier League stage, fighting for supremacy in Manchester.

And this was Spaniard Guardiola’s day on every level as City claimed the win and his celebrated methods were on show for all to see at Old Trafford, the fiercest enemy territory.

Mourinho was a chastened figure post-match, reduced to blaming referee Mark Clattenburg for not awarding two second half penalties for what he felt was City keeper Claudio Bravo’s foul on Wayne Rooney and Nicolas Otamendi’s handball.

It was an act of straw-clutching, although the Portuguese fully accepted City’s first-half superiority when he admitted he and his players got it wrong.