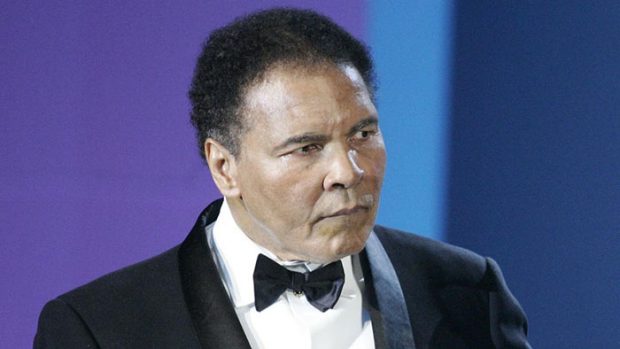 Muhammad Ali, the heavyweight boxing champion whose brash yet playful public persona, innovative fighting style and outspoken political stances made him one of the most widely recognized and admired Americans in the world, died Friday evening, according to NBC News. He was 74.

“After a 32-year battle with Parkinson’s disease, Muhammad Ali has passed away at the age of 74,” family spokesman Bob Gunell said.

“The three-time World Heavyweight Champion boxer died this evening. Muhammad Ali’s funeral will take place in his hometown of Louisville, KY. The Ali family would like to thank everyone for their thoughts, prayers and support and asks for privacy at this time.”

Ali fought for and won the heavyweight title a record-setting three times in his 22-year career, and his rivalries with Sonny Liston, George Foreman and, especially, Joe Frazier are the stuff of boxing legend.

Charismatic, proud, and quotable, Ali’s trash-talking, self-aggrandizing and often rhyming interviews made him a new kind of sports celebrity, and his commitment to acting upon his personal convictions redefined the role of professional athlete as public figure.

His conversion to Islam in 1963 alienated white boxing fans, and after he refused to serve in the Vietnam War, he was prevented from boxing for four years at the height of his career.

People who never watched a boxing match in their lives, or who never learned to speak a word of English, knew who Muhammad Ali was, and knew he was, as he himself said, “the greatest.”